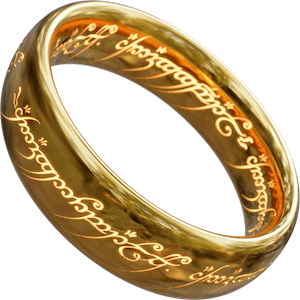 The 22nd of September is known as Hobbit Day. Why? Because that is the shared birthday of the two best known hobbits…Bilbo and Frodo Baggins; lead characters in The Hobbit and The Lord Of The Rings respectively. If those names mean nothing to you then you may as well stop reading now!

Middle Earth is a land invented by JRR Tolkien and is the location for the story he wrote for his children in 1937 – The Hobbit. The Lord Of The Rings was originally intended as a sequel but ended up as a much more scholarly tome. It managed to steer a course between pedagogical, academic exercise and crowd pleasing, page turner.


It hasn’t been out of print since the release in 1954 and has gone on to sell over 150 million copies translated into about forty languages. In 2003, the BBC commissioned a poll to find Britain’s best loved novels. The Big Read produced a list of the two hundred most favourite novels according to British readers: The Lord Of The Rings came in at number one while The Hobbit was twenty five.

Obviously, any book that is that popular is going to be adapted for stage, screen, and radio. Not to mention board games, video games, and audiobooks. Having said that, there really aren’t that many! That’s down to size and scope which is often what hobbles fantasy adaptations. Unsurprisingly, the only adaptations made before this century tend to be radio and animated efforts.

Anyway, here’s a list of what we’ve written around the great work and what we may do in the future.

A history of Tolkien’s works and adaptations

A rather good film biography of Tolkien

A fan film short – The Hobbit: An Unexpected Parody

Ian McKellen – Gandalf in all six of Peter Jackson’s adaptations

2012 – The Hobbit: An Unexpected Journey

chevron_left Is there anything extra during the end credits of Avatar?
Indie Movie Review – Don’t F**k In The Woods 2 (2022) chevron_right