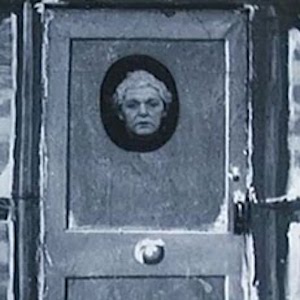 Let’s start at the very beginning.

A very good place to start…


Before I get going, here’s a thought for a series of articles. How about first-time viewings of wildly popular films that I haven’t seen? I say this because I’ve never actually seen The Sound Of Music, Saturday Night Fever, or Citizen Kane. Anyway, back to the beginning. What we have here is the first-ever filmed adaptation of Charles Dickens’ A Christmas Carol.

Scrooge, or, Marley’s Ghost was filmed as the twentieth century was beginning — 1901 to be precise. As well as Charles Dickens, there is a writing credit given to JC Buckstone, upon whose stage play this film is based.

Sadly, only the first three minutes and twenty-six seconds of Scrooge survive, of the six or so minutes that was originally shot. So, in a bit of a change around, rather than a trailer being attached to this article I’ve linked to the whole thing.

When you’re watching this silent short, there are a few things to bear in mind.

As was quite common at the time, the story chosen is one that was well known to the audience. The main reason for that was it would cut down on the number of explanatory intertitles. Now, you and I know what intertitles are, but this is the first time they were used in a film.

You May Be An Undigested Bit Of Beef

There are also a few early examples of special effects. This was an exciting time with regards to special effects. Thanks to pioneers like Georges Méliès, RW Paul, and Walter Booth, things were moving away from the simple act of pointing a camera and exposing film.

Georges Méliès accidentally invented the substitution splice, or stop trick, and also used techniques such as multiple exposures, time lapse, dissolves, and hand colouring. Treat yourself…look him up on YouTube. Similarly, producer RW Paul was a trick film specialist but his work isn’t so easy to find. Director Walter R Booth was a well-known stage magician.

So the crew behind Scrooge, or, Marley’s Ghost had the technical chops to pull off the effects required to bamboozle their audience. Looking back from our world’s high definition, 3D, computerised effects, it is easy now to see how it was all done. For instance, Scrooge (Daniel Smith) closes his curtains; all ready for bed. The curtains are, quite conveniently, plain black and make a screen for the ghosts to be projected onto.

“Pah!” I hear you cry, “I could do that!” Well, yes indeed I’m sure you could do much better with an iPhone or iPad and a decent laptop. I’d challenge you to work out how to do it a hundred and twenty years ago.

I Will Honour Christmas In My Heart

This version starts, as is fairly usual, in Scrooge’s office. Bob Cratchit is showing someone out, then he goes home too, and is followed by Scrooge. One thing that’s fairly obvious is that we are borrowing heavily from the theatre with regard to the practicalities of filming. We’re not on a three-dimensional set. Rather, we’re on a stage in front of a backdrop painted onto a screen with a door cut into it. Whether this is repainted for the next scene or another is made from scratch is impossible to tell from a hundred and twenty years away but it’s a similar setup for the other scenes.

The original managed to tell the whole story in a shade under six and a half minutes. So the remaining bit in the BFI archives represents around half of what was the full feature.

As I mentioned earlier, it runs from Scrooge and Cratchit finishing work, through the arrival of Marley’s ghost, and on to the showings of Christmas past and Christmas present. These are shown by Marley’s ghost rather than the individual spirits, presumably to save time and expense. The surviving footage ends when Scrooge is shown his own grave so we don’t get to see his redemption.

So Scrooge, or, Marley’s Ghost is short, incomplete, and quite different from later versions, but is fascinating from the position of over a century of advancement.

Surely you can spare three and a half minutes to check out some history.

chevron_left Is there anything extra during the end credits of The King’s Man?
Movie Review – The Matrix Resurrections chevron_right