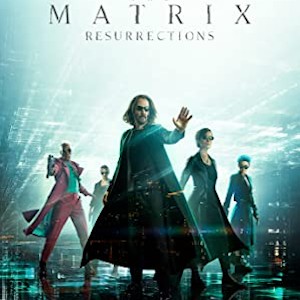 There’s so much to break down here. I’ll keep the review spoiler-free to begin with and give you a warning before I get into spoilers.

I’m a huge Matrix fan. I’ve seen the trilogy, plus Animatrix, a number of times and just finished a complete rewatch of all 4 prior to Resurrections coming out today. Overall, I was pleased with the movie, especially the first half or so. The story walked on the edge of the forth-wall with all their meta-comments about the Matrix. It was fun and enjoyable without it feeling like a hack job.


The writing/directing by Lana Wachowski was spot on. I’ve seen a lot of her, and her sister’s work, besides The Matrix. Her talent was easy to see across the board: the framing of every shot, dialog, acting. Lana doesn’t get enough credit for being a masterful director.

The acting was great across the board. Of course, Keanu and Carrie-Anne Moss were fantastic together. It was especially nice to see Carrie-Anne back. I’ve only seen her in a few roles here and there since the Matrix. She slipped back into Trinity effortlessly. I could do down the list of the main cast and say how much I liked each one, but you get the point. There wasn’t a weak link in the group.

By the way, I really like the music score as well.

The action scenes were, for the most part, a rehash of what had already been done. There wasn’t much that was fresh. I honestly wasn’t expecting the action to carry the story. If you think back to the first three, the original Matrix was, of course, one of the most groundbreaking action movies of all time. It has few equals. While the following two movies are much derided they do still have some outstanding action. In chase scene in Reloaded is one of the best ever, and the battle of the docks in Revolutions was epic. What I got from Resurrections is that they did some of the fan favorites a lot. Like the running up walls and flipping over happened more times than I can count.

The plot got a little muddled here and there. I’ve watched it twice today and still couldn’t really understand exactly what they were trying to do. It seems one of those situations where the writer, Lana Wachowski, knew what she wanted the characters to do, but not why she wanted them to do it. I think the story would have worked better if a few of the characters had been edited out of the script.

About The Peetimes: I would recommend that you use the 3rd Peetime. It’s an easy series of scenes to catch up in with the synopsis. I added a 4th Peetime as an emergency that comes right as the climax begins. You’re going to miss some exposition if you use it.

There are extra scenes during, or after, the end credits of The Matrix Resurrections. (What we mean by Anything Extra.)

chevron_left Vintage Christmas Film Short – Scrooge: Marley’s Ghost (1901)
Is there anything extra during the end credits of The Matrix Resurrections? chevron_right