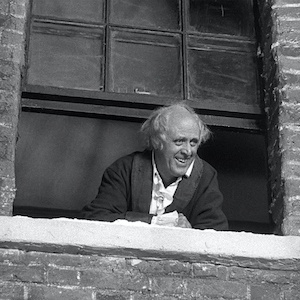 Elsewhere I wrote about how and why A Christmas Carol was written and how it’s been adapted many times on screens both large and small. It’s the most often adapted of all of Dickens’ works, with over thirty film outings. Oliver Twist comes second with a mere eighteen.  It’s been faithfully followed from the original, been translated almost beyond recognition, and everywhere in between.

I’ve seen more than just a few of them and liked most. Some adaptations I’ve liked because they’ve played with the format in a thoughtful way, others because they’ve brought the original beautifully to life.


My favourites in the “played with the format” category are Scrooged and the Blackadder special, Blackadder’s Christmas Carol. And, having read this far, there’ll be no surprise that my favourite in the faithful adaptation category is Scrooge, released in 1951. Well, it was called Scrooge over here, the USA saw it called A Christmas Carol. As it’s December I’ve spent a bit of time getting into the spirit of the season. By that, I don’t mean guzzling mince pies and quaffing mulled wine…well, not all the time, anyway.  What I meant was I had another run through the novel, which shows how close we are to the original.

In the main, Scrooge/A Christmas Carol is pretty close to the original.

There are times when, as you read the text, you can hear the words being spoken by Alastair Sim as they come off the page or when you read about Scrooge shouting at the ghost of Marley, “There’s more of gravy than of grave about you, whatever you are!” — it’s always Alastair Sim cowering beneath his bravado. I’d say my reading of the book has been spoiled by that film if it wasn’t for the fact that I loved it so much and feel it’s actually been enhanced by my in-head overdubbing of the film onto the source material.

But, while it’s a good adaptation, it’s not a hundred percent accurate.

The differences aren’t huge though. In the book, there’s no Mr Jorkin. He was added to provide a bit of backstory to explain how the Scrooge & Marley firm was established. In the book, Scrooge’s charwoman isn’t named and doesn’t appear a lot but in the film she is Mrs Dilber, and Kathleen Harrison got second billing.

And there’s a swap around between Scrooge and his sister as to who is the elder, as the younger is the one who caused the death of their mother. To be honest, with the way that Victorian children used to drop like flies, there’s bound to be some confusion.

In fact, some of the people on display here were still working at the top level into the new Millenium. Jack Warner (Jorkin) was a fixture of British TV on Saturday night from 1955 to 1976 in Dixon Of Dock Green. Not bad considering that the character of George Dixon was introduced in the 1950 film, The Blue Lamp, and was fatally shot by Dirk Bogarde!

Other famous names include George Cole (Young Scrooge) who had a fifteen-year run as Arthur Daley in Minder, and Patrick Macnee (Young Marley) who was John Steed in The Avengers/The New Avengers from 1961 to 1977.

Other famous (to a Brit of a certain age) faces include Mervyn Johns, Hermione Baddeley, Michael Hordern, Miles Malleson, Hattie Jacques, and Peter Bull.  Those names may well mean nothing to a lot of people, but if you’ve seen any British films or TV series from WWII up to the seventies, then their faces will be familiar.