In a post-Endgame, post-Star Wars Saga world, I have a hole in my soul where movie anticipation used to live. I had a lot of anticipation in 2019 for the new Terminator film, X-Men: Dark Phoenix, Men in Black International, Zombieland 2, and Jumanji 3. All let me down in some way. They weren’t fails (mostly), but didn’t come close to how idyllic the original films were.

Endgame was the only perfect finale. I’m happy enough with Rise of Skywalker, but feel strangely empty knowing 42 years of storytelling is done.

I no longer have a burning desire to know how the next thing turns out. In fact, the only movie I’m excited for offhand in 2020 is Black Widow. And I’m actually a little bit meh on that. Call it a sort of Post-Snap Depression. 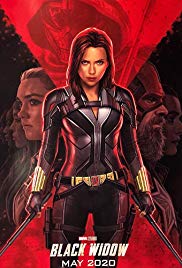 The Best Sci Fi is on Television these days

Strangely, it’s TV that’s got me jazzed this year. The 2019 Mandalorian Season One was so good that my faith in Disney and Disney+ is restored. Can Season Two happen now? (What? No more ’til next fall? I cry foul!)

But there are other shows I’m crazy with anticipation for.

The Orville (Moving to Hulu)

The Falcon and Winter Soldier (Disney +)

It’s annoying that all the best shows are being vacuumed up by premium channels. This must stop. Between Netflix, Hulu, CBS All-Access, Disney+ and Amazon Prime, consuming all the good stuff will cost more than cable used to be. Remember cable?

I actually remember when TV had four stations: CBS, NBC, ABC, and PBS (for Sesame Street and Mr Rogers Neighborhood). And they were free. That’s what commercials were for. I have more time to pay than money, so commercials are fine in my book. However, I’m not the boss of TV, so I’ll have to figure something else out.

There’s also the next Fantastic Beasts film, but no matter how much I like those, I don’t love them. They just aren’t Harry Potter. They kind of feel like The Hobbit movies compared to the Lord of the Rings. Or maybe prequel movies never live up to expectations in general (which might explain my meh-ness about Black Widow). 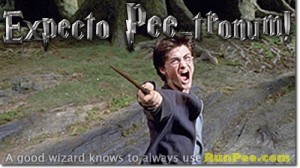 If you love your superheroes, sci fi, and fantasy features, there’s definitely good stuff coming, but patience is required. Who knows when Guardians of the Galaxy Vol 3 will be — 2022? And Thor 4 is slated for 2021.

I’m fairly disinterested in 2020s The Eternals. The MCU will probably surprise us with a good film regardless, based on their track record. It’s just that I don’t need new characters in an already crammed shared universe.

What movies and TV shows are you looking forward to this year? Or do you also feel…kind of tired of it all?

A Open Response to Kevin Feige (re: Using the Bathroom During Endgame)