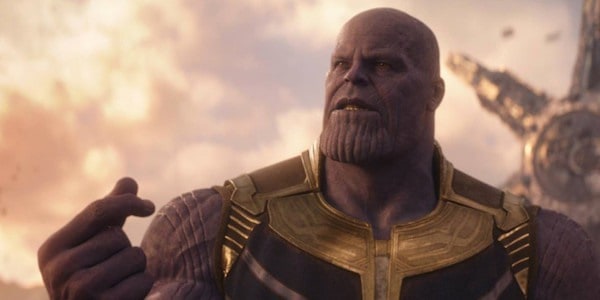 Although it’s a beautiful moment in Avengers: Endgame when Dr. Strange‘s portals opened and The Vanished step back into existence, the sudden return of all these people is very problematic.

Let’s assume for a  minute Strange’s sorcerers planned ahead and saved all the people in planes from falling from the sky, teleporting them to safe landings. And so on for any Earthly or cosmically-based beings whose sudden reappearance would mean imminent death. I mean, if Strange can look into 14 million + lifetimes in the course of moments, I’ll wank he planned ahead for these literal car-wrecks, and many other contingencies too.

Captain America returned the Time Stone to the Sorcerer Supreme’s custody at the end of Endgame, so The Ancient One and Strange have an infinite amount of time to make sure the Endgame strategy didn’t cause a brand new Decimation.

But what then? What happens after The Snap is Unsnapped?

When the Infinity War saga finally ends and people try to go home, where do they go? It’s been five years. That’s quite a bit of time. Most people won’t have homes to return to. What happens when you find your house/palace/apartment/shack occupied by other people? What are the legalities of this? What would Judge Judy do? We have no precedent to fall back on. It’s not like people weren’t paying their rent because they lost their jobs — they were literally snuffed out and in of existence.

And as for returning to their families, that’s a can of worms even Ant-Man can’t open. When Hank Pym brought his wife back, he hadn’t moved on. Hope grew up in the interim, which was fine, but Janet was a welcome addition, not an interloper to someone’s new family. Hawkeye might now be five years older compared to his wife and kids, but he still had their house and hadn’t moved on either.

So — best case scenario for those returned is their loved ones pined away for half a decade, and now have huge mental traumas to process from living in the post-Snap world. Best case.

Worst case: their loved ones suddenly (from their POV) have new mates and children and are stuck with no one to help them re-assimilate into society. I doubt our world governments (outside of Wakanda) will do much besides creating homeless shelters and long food lines. Jobs will be gone. Society’s infrastructure won’t run right for years. The aftereffects of this kind of world-wide/universe-wide event should reverberate for at least a generation.

How does Spider-Man: Far From Home deal with the new reality?

This barely touches on the problems inherent in the Avengers’ plan to “bring them back, whatever it takes.”  Spider-Man 2: Far From Home (coming out this July) will delve into some of this. Far From Home is the last film in the Marvel Cinematic Universe’s Phase Three.

Honestly, I don’t see how Far From Home can do these issues justice. Sure, they will make some nod to the problems in the beginning of the film. But keep in mind this is a SPIDER-MAN movie, with all the humor and hijinks we expect from Peter Parker & Gang (all conveniently also Snapped, and thus still in high school).

Spending the entire next blockbuster showing how people will be housed and fed and have their property returned wouldn’t be much fun.

This video raises some good questions about how our planet would deal with the return of billions of people, and even touches on the deep items of religion and spirituality that would be affected when our understanding of death is irrevocably changed:

PS: Black Panther 2 – Who is King in Wakanda?

One great side question asked in this video: who’s been running Wakanda for the past five years? I always assumed Shuri would take up the mantle, until it was revealed in the Endgame trailers she was Snapped too. And if someone like M’Baku became King, are there any heart-shaped herbs left to give him Black Panther powers? Either way, does T’Challa automatically become King again (heartfelt Endgame coda aside)? Let’s assume Black Panther 2 deals with this. It’s going to be hard to make that interesting, since the first Black Panther movie already tread this ground in some detail.

Did YOU Survive The Snap? You may as well get this over with…

Movie Review – Ant-Man and the Wasp

Black Panther – Does Killmonger Have a Point?

2 thoughts on “Life on Earth After Avengers: Endgame (Post-post Snap)”