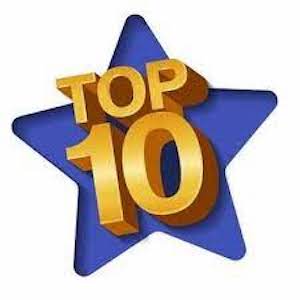 I thought I’d throw in my two penn’orth from across the Atlantic and chip in with a list of my favourite films of 2019. Now, I go to the cinema for one reason…entertainment. My education and work life has always tended to maths and science but film is for fun! As a result, some of my choices won’t be popular, but I’ve picked the films I enjoyed so much that I went back and saw them again and, on occasion, again, and will see again when they come out for home consumption.

In no particular order, here are my top film favourites of last year…

Shazam!
Given that my comic reading days were nearly fifty years ago, I never got into the alternate/extended universe thing and I’d never even heard of Shazam! and was mildly surprised to see it was anything to do with DC. But I thoroughly enjoyed it; a good balance of action, suspense, and humour.

Knives Out
I never saw Lucky Logan so Daniel Craig sounding like a Southern chap was a bit of a novelty, fortunately not one that was a distraction. The ensemble cast worked well together and the whodunnit aspect was excellent.


The Aeronauts
A pleasant period drama with a nice amount of suspense. Add to that the proven chemistry between Redmayne and Jones and you have a solid couple of hours entertainment.

Gemini Man
Yes, I enjoyed it! I really don’t know what all the negativity was about. Well choreographed action, Will Smith, technically accomplished effects, Will Smith, and a good story… what else do you need?

Jumanji: The Next Level
Enough was the same to feel familiar, enough was different to keep you interested. For me the high spot was Awkwafina channeling Danny DeVito… priceless!

The Good Liar
Mirren and McKellen together at last and it was well worth the wait. I’ve loved both of these two for years and seeing them together did not disappoint. Oh… the story was a cracker too!

Rocketman
I’ve had a soft spot for Elton John since the 70s. I liked his music but then he did a free, impromptu concert after the band that was booked for our Valedictory Ball bailed on us with about four hours notice (Google “Elton John Shoreditch College”… I think it’s still out there somewhere) so this was a no brainer for me.

Captain Marvel
Why this rather than Avengers: Endgame? I’m not sure really. Maybe I prefer an origin to an epitaph, maybe I liked seeing the generation of the superhero to save us all from Thanos, maybe it was Goose the Flerken, I don’t know. All I know is that I loved it.

Alita: Battle Angel
Awesome special effects! I know that is something that you see in practically every film you see these days but this one took the biscuit for me not only for the action but for the characters. Just captivating.

Cats
There! I said it! Another film I don’t know where the hate came from. It was a fantasy film with gorgeous dancing and nice tunes. If you get the opportunity go and see it without any preformed opinions.