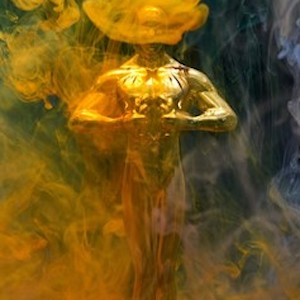 It’s been a harsh year for movies.  The pandemic closed down movie theaters.  There are many that have yet to reopen.  The pandemic also cut short the theatrical runs of films like Emma.  Most major films moved their release dates to 2021 or beyond.  Some films like Wes Anderson’s The French Dispatch remain in limbo without a release date at all.

On a brighter note, this became a great year for indie films, which found more popularity and availability on streaming sites.

With fewer big budget studio films in the Oscar race this year, it paved the way for smaller films to get more recognition from the Academy.  Many seem to agree with the podcast Little Gold Men that this is the year Oscar got it right.


There are three black men nominated in the Best Supporting Actor category for the first time ever  (Daniel Kaluuya, LaKeith Stanfield, and Leslie Odom Jr.).  The inclusion of two women in the Best Director category is historic as well (Emerald Fennell and Chloe Zhao).  Regina King really should have been nominated too, for her directorial debut One Night in Miami.  Riz Ahmed (Sound of Metal) is the first Muslim to be nominated for Best Actor.  He is one of three men of color in the Best Actor category.  The other two are the late Chadwick Boseman (Ma Rainey’s Black Bottom) and Steven Yeun (Minari), who is the first Asian American to be nominated in the category.

Movies with diverse casts such as Judas and the Black Messiah, Minari, Ma Rainey’s Black Bottom, One Night in Miami, Sound of Metal, and Soul (the first Pixar film with a black protagonist) all received multiple nominations.

This year’s Oscar nominations are a celebration of diversity.

2020 is the year streaming became huge.  All eight Best Picture nominees are currently available to watch in your own home on streaming.  That has never happened before.

However, as a recent poll revealed, this doesn’t mean that most Americans recognize this year’s nominees.  What’s a Mank?  (The nickname for Herman J. Mankiewicz who wrote the screenplay for Citizen Kane.)  What’s a Minari?  (Minari is a Korean vegetable.)

While many are pointing out that there were fewer films released this year, it was still possible for Oscar to snub some truly great films and performances.

As previously stated, Regina King deserved the Best Director nomination that went to Thomas Vinterberg for Another Round.  Speaking of One Night in Miami, Leslie Odom Jr. is great as Sam Cooke, but he feels like the safer choice from this film.  I would really like to have seen Kingsley Ben-Adir get a nomination for his vulnerable portrayal of Malcolm X.

While  Netflix managed to get nominations for three of its films (Mank, The Trial of the Chicago 7, and documentary Crip Camp), they just couldn’t drum up enough love for Spike Lee’s Da 5 Bloods.  Which is surprising, considering how popular and well-loved Lee’s last film BlacKKKlansman was.

I personally was heartbroken to see Tenet get only a few technical nominations.  It was my #1 movie of 2020.   I felt that it had such great performances that it could have swept the Oscars.  The wait for Christopher Nolan to get his Oscar continues.

Two of the best performances of the year by Talia Ryder and Sidney Flanigan in Never Rarely Sometimes Always were completely ignored.  This is strange as Oscar loves young newcomers in the Best Supporting Actress category.

One of my favorite Supporting Actor performances of the year was also completely ignored.  Hugh Laurie was funny and endearing as the odd Mr. Dick in The Personal History of David Copperfield.  I can’t believe this movie didn’t receive a single nomination.

As a Swifty, I’m also bummed that neither of Taylor’s documentaries (Miss Americana and Foklore: The Long Pond Studio Sessions) even made the shortlist.  That’s okay, though.  I’ll be listening to her newly rerecorded album Fearless by the time you read this, and all will be right with the world.

If it really was such a limited year for movies, how come comedy and horror films still aren’t being recognized?  If Oscar is having to seek out movies to nominate, how come Palm Springs couldn’t get so much as a screenplay nomination?  (It was my #4 movie of the year, by the way. )  It’s not only one of the best comedies of the year, it’s one of the best films of the year.  And I’m not even an Andy Samberg fan.

Similarly, if there were so few eligible films this year, where’s the Oscar love for Freaky, one of the funniest and most fun films of the year?

Films that shouldn’t have gotten an Oscar nomination in 2021

I’m also upset at some of the films that did get nominated over other more worthy films.  Mank left me cold.  It’s too witty to be any fun.  I hated Hilbilly Elegy.  I hated Amy Adams’ character.  And I love her in everything.  I’ve been an Amy Adams fan since Junebug.

While I’ll agree that Glenn Close is the best thing in the film, her performance isn’t Oscar-worthy.  But the Academy seems to feel guilty for not giving her the award for her much worthier performance in The Wife.

The nomination for Best Hair and Makeup is insulting.  It must have been so hard to make Close and Adams look like ordinary everyday people.

I didn’t like Another Round.  It pains me that Thomas Vinterberg is taking up a Best Director slot that could have gone to someone else.  (David Fincher too, for that matter.)  I feel like the film doesn’t take the issue of alcoholism seriously.  After one character was driven to suicide as a side effect of their uncontrollable drinking, I felt anxious when any character started drinking.  I knew the dark path it could lead them down.  I had to search online to find a satisfactory explanation for the ending.

You simply can’t tell me this movie is as good as Tenet.

Final thoughts on the 2021 Oscar nominations

I’m pleased to see a crop of Oscar nominees that includes and celebrates creators, actors, and characters who are black, female, Chinese, Korean, immigrants, Asian American, Muslim, Pakistani, and Deaf.

As far as which Best Picture nominees to see before the big night (April 25!), they’re all worth your time, except for Mank, and possibly The Father, which I haven’t been able to bring myself to watch yet.  I hate movies about growing old and mental illness, such as Amour and Away From Her.

If you’re interested in seeing the Best Picture nominees on the big screen, Cinemark is running a deal where you can see them for $5 each.  Other chains may have similar deals/programming happening.  You can also catch the nominated short films for $10 at Cinemark over the weekend of the Oscars.  They will also be available to stream.  Details can be found on the Shorts TV website.

The Big List of Movie Updates for 2021 and Beyond