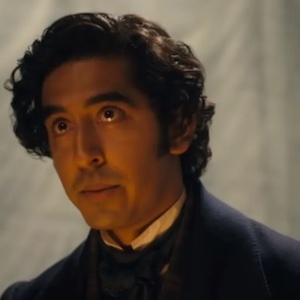 To be honest, it is about fifty years since I read David Copperfield while at school (Yes, I know. I look so young!) and I do tend to mix up the details with all the other Dickens I had to read, so I wasn’t too sure what the story was —  other than a loose autobiography of the man himself and to be about the hardships of life in Victorian England.

I’d heard that the humor of the original story was to be emphasized, and given that Armando Iannucci was heavily involved (directing and contributing to the screenplay) I expected there would be a few laughs along the way. I’m not sure how well-known he is in the States, other than creating and writing some of Veep, but he has a string of political and situation comedies over here and I am quite the fan of his.


I was quite looking forward to this and I was not disappointed. The colour blind casting worked for me, but maybe that says more about my liberal, socialist tendencies than it does about the casting technique.

The biggest eye opener was Bronagh Galagher as Mrs Micawber. I don’t know if she is guzzling monkey glands or has a dodgy portrait in the attic but she was instantly recognizable as one of the backing singers from The Commitments back in 1991.

It was an enjoyable way to spend a couple of hours on a Friday morning. The story rattled along quite nicely. The jokes were there; I won’t say that they came thick and fast, but there were enough to keep me smiling. The acting was excellent. The effects were non-existent. At least that was the — well — effect;  it all seemed to have been done on-camera. Obviously there were digital effects (the Palace of Westminster under construction for example), but they weren’t in-your-face, which allowed you to enjoy the story.

About The Peetimes: In some ways the film reflects the episodic nature of the original text so finding breaks was fairly straightforward and they can be summed up easily.

There are no extra scenes during, or after, the end credits of The Personal History of David Copperfield. (What we mean by Anything Extra.)

chevron_left Movie Review – The Turning
Is there anything extra during the end credits of The Personal History of David Copperfield? chevron_right