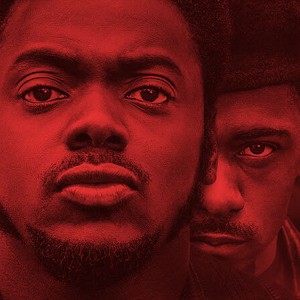 Woohoo! It’s been a while Peeps, and I was happy to mask up and visit my local theatre to see one of my favorite genres: biopics. While the Black Panther Party was an official national political party, this biopic sheds light on one of many stories about the Party within its Chicago headquarters. I am pretty certain that many are not familiar with this storyline, unlike that of Harriet Tubman, because this story was not taught in schools or publicized during Black History Month.

When I’m watching these racial plots from the 60s, I hold my breath hoping that the narrative isn’t over saturated with the use of the N- word, or too many brutal beatings. The actors did a really nice job portraying their characters! It was also nice to see Daniel Kaluuya, LaKeith Stanfield and Lil Rel Howery on screen together again, since their last project – Get Out. The movie puts together a relevant and compelling storyline with a love story and legacy.


I actually had the pleasure of visiting the original Black Panther headquarters and museum in Oakland, California in November 2019. It was very fascinating and exciting to be present in black history where it unfolded. Here’s a couple of photos from my visit.

Things that stuck with me: I found it very interesting that Fred Hampton was very clever and influential enough to bring together multiple races and ethnicities to join his movement, with no violence. In addition, while FBI Agent Mitchell thought he was the master puppeteer over Bill, Director Hoover had his own minions, running circles around Agent Mitchell and his master plan. Lastly, the black power movement of the 60’s seems rather familiar to me in the 21st century, hence, Black Lives Matter. I, too, have a dream….

My husband, Scott, shared a few thoughts that were profound. He stated that the movie encompassed numerous thought-provoking stories: (1) the fight for equality through community organizing on the West and South sides of Chicago by the Black Panther Party, (2) the power struggle between right and wrong within the law enforcement entities themselves (the FBI and Chicago Police Department), and the (3) the FBI’s involvement in dissolving and eliminating black power movements and black leaders.

I wondered, at the end, if Bill ever thought to himself that maybe he should just do the 5 years in jail and live by his own choice, because being a rat could get him brutally murdered at any moment, by the choice of the FBI.

Chew on this: “It’s not that I’ve been invited to the hole I’m standing in. It’s that I accepted the invitation.” – Craig D. Lounsbrough

About The Peetimes: It was slightly difficult selecting Peetimes. This is a biopic that many may not be familiar with as the basis of the movie; therefore, sensitivity to the plot was imperative. There are 4 Peetimes. I recommend the 2nd.

There are extra scenes during, or after, the end credits of Judas and the Black Messiah. (What we mean by Anything Extra.)

DanaSimone!
DanaSimone!’s love for movies and AMC Theaters started when she was a youngster in Detroit.  By day, she saves the world from financial ruin, and by night wears a superwoman cape (literally) as a mom, wife, speaker, philanthropist, travel agent, and up-and-coming social media influencer. She’s the creator of the #FemaleMasterpiece empowerment movement and a former talk show host.  Stalk her on YouTube channel “DanaSimone!”and check our her cool app.
chevron_left Indie Film Review – Paradise Cove
Is there anything extra during the end credits of Judas and the Black Messiah? chevron_right