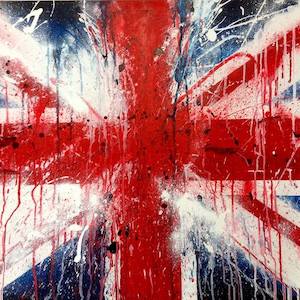 With a lot of encouragement and advice from RunPee C.O.O. Jill I’ve been doing occasional biographical articles about British talent and what they bring to the big — nay — huge blockbuster franchises.

It’s one of those mysteries lost in the depths of time…how did this actually start? My recollection is that I saw somewhere that Sir Patrick Stewart’s 80th birthday was imminent and just decided to have a go at writing a mini-biography. Then there was the sad passing of Sir Ian Holm, so I did a similar piece for him. Then things started to snowball and I began doing mini-biographies quite regularly; I’ve even got a few requests! Leave me a comment below if you have anyone else in mind.


It’s a work in progress with a new Brit Bio posted each month or so, so feel free to check back. This post will keep every bio handy before I write it all up into my first book.

Just to make things a bit easier to find, here we have a mini index of every bio article. Enjoy!

A warm resonant voice and a career that covers all genres

The master of accents and appearances

Not just the keeper of keys and grounds at Hogwarts

A legend. The first cinematic James Bond and much more too.

The latest scion of an acting dynasty.

Our most treasured of national treasures.

Much more than Mordo

The Doctor will see you now…

So much more than Obi-Wan Kenobi

Hobbits again! But with a range from Besson to the Bard.

I wanted to say the Maesteg Maestro but he comes from Port Talbot!

Once more unto the bwlch…

One of the most ubiquitous character actors working today.

The scene-stealing grande dame of stage and screen for 75 years.

One of the most capable and versatile actors working today.

When most of us are thinking of retirement he reinvents himself as an action hero!

Just goes to show that RADA doesn’t know everything!

Not such a naughty boy after all.

Sadly missed and so much more than Severus Snape.

One of the four grand dames of British acting.

Because you’re allowed to pick your favourites when you’re writing the pieces!

A franchise-straddling behemoth of stage and screen; see Ian McKellen.

More than just a stand up!

The finest Hamlet of his generation and in so many films!

So much more than a pretty face and being Mrs Bond!

One of the most visionary directors ever.

Fingers in so many genres.

No guarantees! These are some of the people who I’m thinking of writing about. If you have a particular favourite, or someone I haven’t mentioned, please add them in the comments.