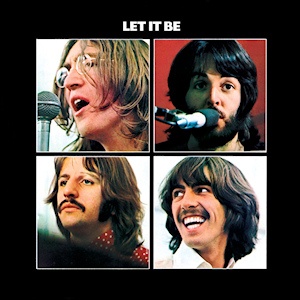 The Beatles: Get Back is, quite simply, the edited highlights of The Beatles rehearsing for a new project centred on their latest album. After a disastrous tour of the Far East in 1966 and the infamous “we’re bigger than Jesus” kerfuffle they decided to give up touring and performing live. This leads to them developing their studio techniques, leading to more complex, sophisticated, and multi-layered tracks.

Now that the music is based around tapes and machines it meant that the band rarely get to actually perform together until, in 1968, they shoot a promo film for their new single, what the younglings would now think of as a music video.


For this film, they perform Hey Jude live to an audience and enjoy it so much that they decide to record their next album in front of a live audience, and, at the same time, make a live TV special. This means that the new album will need to avoid studio tricks like overdubs and tape loops.

Due to their heavy schedules with individual projects, there is a very limited window to produce, prepare, and perform the new material. They are offered Stage 1 at Twickenham studios for three weeks to act as a rehearsal space which could then be used for the performance proper. They have the studio from 2nd of January 1969 with a dress rehearsal set for the 18th and performances on the 19th and 20th.

The Wild And Windy Night

The Beatles: Get Back starts off with a ten minute recap of the history of The Beatles using archive footage which we’ve all seen many times before.

Things like the Ed Sullivan introduction and the American interviewer unable to believe that they weren’t going to get a haircut. It’s amusing because their hair would be considered quite short and neat nowadays; I’m sure I’ve seen bobbies on the beat with longer hair! Then begins the rehearsals proper.

There is a warning at the start regarding explicit language, mature themes, and smoking. It was the smoking one that amused me. Back then everyone smoked from about age ten! I wonder if I’ll see it totally disappearing before I do?

The plan was to film everything so that they could use bits in the TV special. That never happened but the film was kept somewhere until it was thrust into Peter Jackson’s grubby hands for him to do something with. What he did was some sort of, well, either science or magic… it’s hard to tell. What he actually did was take it down to Weta Digital where they set to doing the same sort of work that they did on the Imperial War Museum archive footage to make They Shall Not Grow Old.  Not so much of the colourisation was needed, but definitely tweaking the quality.

You Looked At Me That’s All You Had To Do

And tweaked it is! The Beatles: Get Back looks as though it was filmed last week on digital equipment rather than in 1969 on film stock and left in a shed for fifty years. I’m guessing about the last bit but you know what I mean. It is absolutely pristine to the point of being able to read the lyrics scribbled out on sheets of paper dotted around.

The actual Let It Be album proved to be a bit of a disappointment and it’s not hard to see why. During the early sessions The Beatles spent a lot of time noodling around and playing old standards like The Harry Lime Theme, Rock And Roll Music, and Johnny B Goode. They go back to songs written years ago. One such was McCartney’s I Lost My Little Girl which he wrote when he was about fourteen. That never made it onto the final album but there is a recording of it during The Beatles: Get Back sessions.

There is a lot of friction/creative tension…whatever, it is on display in The Beatles: Get Back. In fact, the end of the first episode sees George Harrison leaving The Beatles and having to be talked into coming back.

Also Yoko Ono does some screaming, which does make you wonder how she ever got involved with a musician.

But it is fascinating to see the gestation of songs like Get Back, Let It Be, and The Long And Winding Road. Lyrics are developed, key changes are introduced, and arrangements are settled.  The original film shot ran to over sixty hours and there was a hundred and fifty hours of audio recorded. Little wonder then that the decision was taken to expand the original idea of a film to nearly eight hours of a mini-series.

Was it worth it? Depends what you think of The Beatles I suppose. If you’re not a fan then it could be quite tedious hearing them thrash out the lyrics to Get Back, but I found it fascinating.