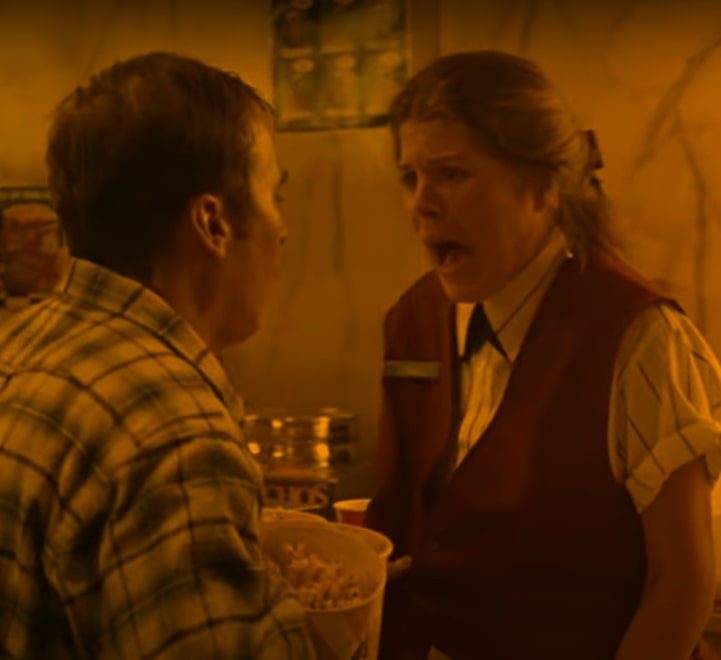 It’s noteworthy that movie theaters are opening in some places around some US states and around the world. (Like in New Zealand.) We at RunPee are excited to see people getting back to the cinema, but that happiness is tempered by worry. No one wants movie theaters to become the new pandemic hot zones. Remember that terrifying scene in Outbreak, showing the movement of sneeze particles infecting everyone in a theater? What theater wants that image associated with them?

The big chains like AMC have enough problems on their plate.


At this time, drive-in theaters are getting a resurgence, which makes total sense with social distancing directives. The NY Times reported recently on their front CoVid-19 page that drive-in movie theaters in NY are now low-risk activities. Actual walk-in cinemas in places like Tennessee are open for business again. The plan is to space out the seats, have less people in each screening room, and completely sanitize everything between showings.

But what movies are movie goers watching, with Hollywood shut down?

Simply, theaters are running old movies. And by old, I mean anything from recently released features like Bloodshot and Onward, to cult classics, local productions, and film shorts, according to the New Zealand Herald. Some cinemas are hosting movie marathons. According to a drive-theater owner, people are just happy to be in the theaters again.

But there’s also some hope on the horizon for new flicks: specifically two optimistic releases scheduled for July 2020 — Tenet (by Christopher Nolan) and Mulan (by Disney). Expect Hollywood to watch this development closely.

In addition, there’s still the August 14th Wonder Woman 1984 premier. RunPee’s poll on the the matter gives a 35% majority of people going opening night, “no matter what.” 23% also plan to attend opening night, but only if theaters are 1/2 empty.

#WonderWoman1984 is rescheduled to premier on August 14th. If theaters are indeed open will you go see it…

A) Opening night. No matter what!

B) Opening night, if theaters are 1/2 filled.

Every other movie on the 2020 roster has been rescheduled for Fall 2020 and mostly, much, much later. No Time to Die (what an unfortunate name!) still has a November premiere. The MCU’s Black Widow now shows an October 29 release, but most of the films for Marvel’s Phase 4 will (at best) hit screens in 2021, 22, and 23.

All of these dates are subject to change and the whims of CoVid-19. But keep calm and carry on, hoping that movie-going will be back soon.