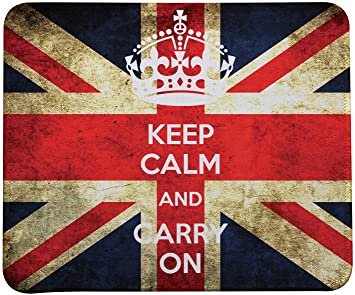 Those of you living outside of the UK might not be aware of the Carry On franchise, but over here they formed the backbone of late 20th century entertainment. Thirty films spread over the period 1958-1978 including a highlights compilation, four Christmas specials, a television series of thirteen episodes, three stage plays, and a misjudged effort to relaunch the franchise in 1992. Despite being dead in the water for nearly thirty years, it’s still the biggest British franchise, second longest running after 007.

But what are they about?

In a word, smut! They are the epitome of the British comic tradition that developed in the music halls, and still lives on today in bawdy seaside post cards. If you think Ivor Biggun and Hugh Janus are even slightly amusing, then you’ll probably enjoy the Carry On franchise. Incidentally, the British liking for silly, saucy names, crops up in the other big British franchise, James Bond 007… IE, Pussy Galore, Plenty O’Toole, Xenia Onatopp, for example.


So what are the defining characteristics, other than the school boy humour?  Probably the main thing is the near rep like cast of characters.

The most frequent cast members are Kenneth Williams and Joan Sims, who both appeared in 26 films; Kenneth was in the first one of the series and the in the last ‘proper’ one; Joan appeared in the second and also went through to the end with Kenneth. Then the others who made it into double figures were Charles Hawtry (23), Sid James (19), Kenneth Connor (17), Peter Butterworth (16), Hattie Jaques (14), Bernard Bresslaw (14), Jim Dale (11), and Barbara Windsor (10).

Add to the main players, a group of other actors who appear in many and varied roles throughout the series, before going on, to more widely well known roles including two Doctor Whos (William Hartnell and Jon Pertwee), and Boba Fett (Jeremy Bulloch). Occasionally the budget was stretched to get in a guest star like Phil Silvers or Elke Sommer.

And the budget was always tight. One of the reasons the series was so successful was because they made a profit partly because the production costs were so low. The principal performers were paid just £5,000 per film, and egos were not tolerated; Charles Hawtry demanded star billing in Carry On Cruising and was promptly dropped from the film.  The films themselves were all shot at Pinewood Studios in Buckinghamshire, and any location shoots took place within a few miles of the studio.  As the franchise took off, more exotic and remote locations were used… the beaches of the Sussex coast stood in for the Sahara Desert, and Mount Snowden in North Wales played the part of the Khyber Pass.

While the topics for the films tended to be spoofs of typically British tropes (the NHS, bobbies on the beat, cabbies, Raj era India,Dick Turpin, etc.) with occasional spoofs of a current topic (Carry On Cleo came out just after the Elizabeth Taylor/Richard Burton version), Carry On Emmannuelle lampoons the soft core series, Carry On Columbus was timed to come out alongside the more serious versions released to celebrate the 500th anniversary of Columbus getting across the Atlantic.

Whether it was a budget constraint of a continuity concern, but between 1958 and 1992, the series employed seven writers, most often Norman Hudis and Talbot Rothwell. It must have worked, because in 2007 the funniest one-line joke in film history was voted for, and the winner came from Carry On Cleo… Caesar (Kenneth Williams) is running from the assassins and cries out “Infamy, infamy, they’ve all got it in for me.”

So, besides Sergeant, Nurse, Teacher, Constable, Cabby, Jack, Cleo, Spying, Camping, Doctor, Emmannuelle, Columbus, and all the rest, there were a few topics that never made it to the screen…

Looking back on the series, it is obvious that they haven’t aged gracefully; casual racism, overt sexism, and a total absence of subtlety don’t do so well nowadays. So it begs the question — why won’t they go away? It’s nearly thirty years since the last outing, but there are still talks about rebooting the franchise.

Carry On London was announced in 2003, and a script was signed off by the production company in late March 2008, and “centered on a limousine company ferrying celebrities to an awards show.”

Despite a new cast, new media interest, and sets being constructed at Pinewood film studios, everything was put on hold when series producer Peter Rogers died in 2009. The rights to the series were caught up in a legal battle which was only resolved in September 2019. Three films were set to be filmed back-to-back with production of the new films planned to take place in spring 2020.

Who’d have thought a new series of Carry On films would have to be postponed due to Covid-19!