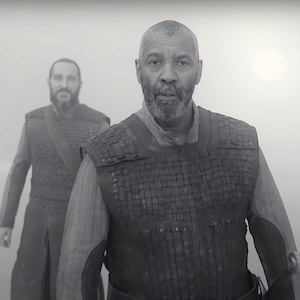 I don’t think there is anyone out there who is unaware of William Shakespeare. You might not have actually been to a theatre to see a production but, paradoxically, that isn’t the only place to see Shakespeare’s words being performed. I don’t think it’s over pushing the point to say that most people haven’t necessarily realised they’ve been watching a Shakespeare adaptation.

West Side Story, The Forbidden Planet, My Own Private Idaho, Ten Things I Hate About You, The Lion King, all take aspects of their stories from, respectively, Romeo And Juliet, The Tempest, Henry IV, The Taming Of The Shrew, and Hamlet. Some are more obviously showing their Shakespearean DNA than others but, if you look hard enough, you can almost hear the scratching of quill on parchment.

There are the productions which use the original text but have changed the settings; Romeo + Juliet, Coriolanus, and Richard III have all brought Shakespeare’s words into the Twentieth Century. These, along with the more traditional productions, can be the hardest for the uninitiated as it is the language that is hardest to follow.

Yes, it is in English. But that version of English is only loosely related to the language that we speak today. Anyone who has, or has had, teenage children knows that language changes very quickly. At least, since the time of Shakespeare, spelling has standardised into what we can see in dictionaries. If you don’t think that is significant I’d say that you need to go back just another two hundred years and try reading Chaucer…

The droghte of March hath perced to the roote,

And bathed every veyne in swich licóur

Or go back a bit further and try Beowulf…

At least, when you look at Shakespeare’s text, you can tell it’s in English!

There is a definite rhythm to Shakespeare, don’t worry…I’m not going to start on about iambic pentameters, and what makes a great Shakespearean actor is delivering the lines without them sounding like “da dum da dum da dum da dum da dum”. Let’s be honest, it never sounds like everyday English due to the archaic vocabulary but it is understandable and the better the performer the easier it is.

When Shall We Three Meet Again

I had the pleasure and privilege of seeing Ian Richardson (Francis Urquhart in the original UK version of House Of Cards) in Richard II at Stratford and it was spellbinding. Full of intrigue, which you’d expect, and action, which you might not. Thinking about it, where Shakespeare falls down most often is with the comedy.

The jokes just don’t work nowadays. There is one surefire way of spotting the jokes in Shakespeare. Sit quietly and wait. At some point one of the actors will say something and, dotted throughout the auditorium, there’ll be up to half a dozen people who let out a loud, artificial, braying laugh. That was a joke. Fortunately, Macbeth isn’t known for the humour. It’s a tale of ruthless ambition, murderous intent, a descent into madness, and a violent resolution.

This version of Macbeth is awesome. Shot in stark black and white, academy ratio, and on a starkly geometric set redolent of German Expressionism. Visually it manages to be theatrical and cinematic; the sets are stark and brutal and you can easily imagine them as theatre sets, but then there are extreme close ups that you can only get through a camera. Joel Coen has long been known as an auteur; The Tragedy Of Macbeth does not change my opinion of him.

False Face Must Hide What The False Heart Doth Know

And the cast is phenomenal! Denzel Washington (Macbeth) is outstanding. When the screen is filled with his face you can not only see every hair but every emotion. I’ve admired him ever since watching him on a VHS copy of Cry Freedom, back in the eighties. As well as being one of our most accomplished and capable living actors he’s also more than capable in an action scene.

He’s paired up with the sublime Frances McDormand (Lady Macbeth). She is more than capable of holding her own in this film.  I only became aware of her following her turn in Fargo but have gone back through her back catalogue since then and I hold no surprise that she has won so many academy awards.

The supporting cast are equally impressive. Kathryn Hunter plays all three witches and the old man with a physicality that astounds. Brendan Gleeson is the ill fated Duncan and I was sorry to see Ralph Ineson’s Captain bow out so soon. And there is Harry Melling as Malcolm…my word he has come on magnificently and is no longer unrecognisable as Dudley Dursley!

Documentary Review – The Beatles: Get Back