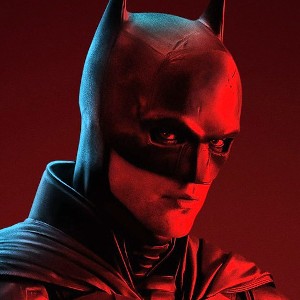 The Batman, starring Robert Pattinson as Batman, is set to open in theaters on March 4th, 2020. Brace yourself, because the movie runtime is reported to be two hours and fifty-five minutes (175 min), with the last eight minutes being the credits. It’s currently unknown if there is an extra scene during, or after, the end credits. But, rest assured, we’re on top of it and will report the news in the RunPee app as soon as possible.

The one-hundred and seventy-five-minute runtime make The Batman the third-longest movie since the RunPee app was created 13 years ago. I’m really surprised the creators didn’t just decide to split it in half and make it a two-parter. That seems to be the trend in Hollywood these days, as you get to sell two tickets for essentially one movie.

The longest movies in the RunPee Database

Are movies getting longer?

I expect that by the end of 2022 we’ll see movie runtimes averaging around 110 minutes for the year, despite the uber-long The Batman runtime.

What year shows the most bladder-bursting movies?

An interesting observation is to take a look at the first table of the 16 longest movies in the RunPee database and notice that 4 of those movies were released in 2012. However, 2012 ended up with an average runtime of only 108 minutes, which ranks 8th in the 11 years we are counting. So 4 uber-long movies do little to move the needle when it’s averaged into a group of another 150+ movies.

Even an average-length movie, plus 20-25 minutes of previews before the movie, is a long time for a bladder to fill up. Even for the people who can hold it that long the question is, can you do it comfortably?

Personally, I’d rather dash to the restroom at an opportune time in the middle so that I can sit comfortably end enjoy the climax of the movie. That’s in fact how the RunPee app was born, due to an extended bladder at the end of the 2005 remake of King Kong.

Definitely make sure you remind your friends to use the RunPee app before they go see The Batman. Their bladders will thank you.

chevron_left Is there anything extra during the end credits of Redeeming Love?
Movie Review – The Tragedy Of Macbeth (2021) chevron_right