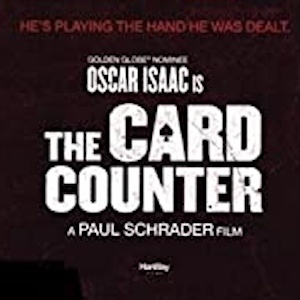 When I saw that Martin Scorsese was the executive producer, I thought this movie would be on par with the likes of Taxi Driver or Goodfellas. Wow, I was so totally wrong. Simply put, this movie sucked.

Plot (Spoilers)
The film, written and directed by Schrader, follows William Tell (Isaac), a gambler and former serviceman who sets out to reform a young man seeking revenge on a mutual enemy from their past. Tell just wants to play cards. His spartan existence on the casino trail is shattered when he is approached by Cirk, a vulnerable and angry young man seeking help to execute his plan for revenge on a military colonel. Tell sees a chance at redemption through his relationship with Cirk. Gaining backing from mysterious gambling financier La Linda, Tell takes Cirk with him on the road, going from casino to casino until the unlikely trio set their sights on winning the World Series of poker in Las Vegas. But keeping Cirk on the straight-and-narrow proves impossible, dragging Tell back into the darkness of his past.
It’s a dark character study, which is usually great as long as the writing is well done. Nope, not here. We weren’t given enough backstory to understand his motives or give one flying crap about him.
-----Content continues below------


The sub-stories weren’t fleshed out enough to even understand why it was put in the movie. I adore Tye Sheridan; he hit my radar with, “Scouts Guide to the Zombie Apocalypse.” He’s a delight to watch on the big screen. Except here. I don’t even know why he took the role. I suppose he had some bills to pay.

I’m going to stop after one more gripe. I love Tiffany Haddish. She’s funny, raunchy, tough and a joy to watch. Except here. This was the worst casting choice ever. This wasn’t a role for her. It’s like they had her on a leash and toned her down too much. I’m sorry Tiffany.

I didn’t like this one at all. There won’t be a recommendation to any of my friends and family with this flick.

About The Peetimes: There is only one Peetime for this movie due to the fact that they did not spend much time in any one location.

There are no extra scenes during, or after, the end credits of The Card Counter. (What we mean by Anything Extra.)

chevron_left Is there anything extra during the end credits of The Card Counter?
Movie Review – Malignant chevron_right