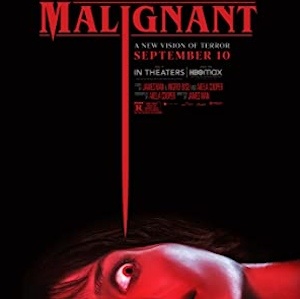 Plot (Spoilers)
Madison is paralyzed by shocking visions of grisly murders, and her torment worsens as she discovers that these waking dreams are in fact terrifying realities.
James Wan did it again. When I see his name on a movie poster or trailer, I know that I’m in store for some quality work. He has marvelous visions that he can bring to life very well and give you nightmares for weeks.

First, the special effects really stood out, the transitions that he used were awesome. I’ve never seen that done before and I liked it. It was very dark but not so dark you were left, well in the dark. The lighting in a horror movie is critical. So many times we miss so much, simply because we can’t see it. Wan was able to find that perfect touch of light.


The story was also new and refreshing. The plot had a lot going for it but the actors brought it to life with Wan’s help.

I have only one complaint. They could have shed about 15 minutes of the movie. It slightly dragged toward the middle but he made up for it with the ending. All in all, I liked it. It’s not going to make my favorite list but I won’t roll my eyes when I hear the name.

About The Peetimes: In my opinion you should only use the first Peetime due to the fact that most of the scenes following that one really tie all the characters and storyline together.

There are no extra scenes during, or after, the end credits of Malignant. (What we mean by Anything Extra.)