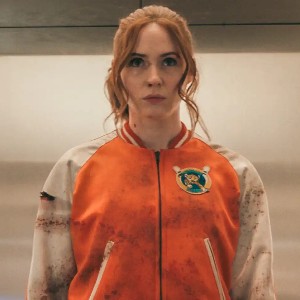 In case you haven’t noticed, things have been a bit untoward for the last couple of years. As part of my rehab I’ve been making the effort to get back into the cinema at least once a week. The upshot of this, combined with various family commitments, means that I tend to go and see whatever is available rather than what I was desperately keen to see.

For instance, last week I went to see Malignant, for which I had the benefit of a film review by RunPee Sis, and this week I saw Gunpowder Milkshake, about which I knew nothing.


So what is Gunpowder Milkshake about?

I hadn’t even caught a trailer before settling down on the back row and starting into my snacks. All I knew was that the cast included Karen Gillan, Lena Headey, Michelle Yeoh, and Paul Giamatti…that was enough to get the booking made! Throw in the précis describing it as an assassin reunites with her mother and her lethal associates to take down a crime syndicate and protect an eight-year-old girl.

Considering that I count Hanna, Lucy, Ava, Anna, Atomic Blonde, and Nikita among my favourites, the only surprise is that I hadn’t heard of Gunpowder Milkshake earlier!

Are You A Serial Killer?

Sam (Karen Gillan) is employed by a crime syndicate known as The Firm to “clean up” when mistakes or errors of judgment are made. She was raised and trained by The Firm after her mother, Scarlet (Lena Headey), had to abandon her.

Sam is sent out on a job and things go wrong, putting her out of favour simultaneously with The Firm and their biggest rivals…by that, I mean another criminal gang and not the law enforcement community. One of the mistakes means that Sam is also having to look after eight-year-old Emily (Chloe Coleman), or eight and three quarters, as she so insistently keeps saying.

Cue lots of action that reminds you of the choreography of John Woo, Luc Besson, and Matthew Vaughn. There is also a very strong John Wick/Hotel Artemis vibe whereby the exceptionally wealthy bad guys have their own economic basis, which leads to easy weapons access and health service on demand…a bit like the USA! Apart from the health service, obviously.

Sorry, all you States-based RunPee users, but I just had an eighties Ben Elton moment…which will mean absolutely nothing to you.

It’s More Complicated Than That

So I’ve managed to compare Gunpowder Milkshake to at least eight films already and, to be honest, there could be many more.

How does it stand up? Well, to me, it stood up very well. There were moments that were absolutely ludicrous, but they still managed to carry it off almost exclusively, thanks to Karen Gillan. Ever since she bounced onto the screen as Matt Smith’s Doctor Who’s companion she has been popping up in all manner of things from the MCU to the Jumanji reboot. And she is watchable in everything; whether it is the robotically enhanced Nebula in the MCU’s Guardians of the Galaxy, to the all-natural Ruby Roundhouse in Jumanji 2 and 3, she is magnificent — as well as being one of those Scottish actors who can do any accent, like James McAvoy, Robert Carlyle, or Ewan McGregor.

Is it going to be going toe to toe with Citizen Kane, Vertigo, and 2001: A Space Odyssey as one of the greatest ever films? No! Will Gunpowder Milkshake give you the thick end of two hours’ worth of entertainment? Oh, yes!

Where can I find this movie?

Gunpowder Milkshake is available to watch on Netflix right now in the USA.