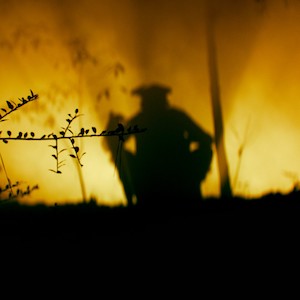 Film makers have their own styles…who’d have thought it! Actually, I can spot the big ones: the gothic imagery of Tim Burton, the breathtaking visuals of Luc Besson, or the exquisitely choreographed violence of John Woo. I have to admit that I’m not as au fait as some others, the ones who can watch a clip of a film and know who directed it. Therefore, it was quite an unusual feeling when I was watching Demigod and I got the feeling that there was something very familiar… and not in a “oh my god, this story’s been done to death dozens of times” kind of way.

It was more a case of something feeling vaguely familiar; I couldn’t begin to say what it was — but something undefinable made me think there was something I recognised. So I did what I always do when I have any kind of cinematic query; I turn to the internet in general and IMDb in particular.

The director of Demigod is listed as Miles Doleac. To be honest, that name didn’t ring any bells, however small. So I clicked on his name and there is was…he’d also directed an indie film I’d reviewed a year ago, namely The Dinner Party.  I remembered quite enjoying that one, and settled down to an hour and a half’s entertainment.

If You Go Down To The Woods Today

Demigod is listed as a pure horror film, as opposed to a horror/thriller like The Dinner Party.  A pre-title sequence shows a heavily pregnant woman being pursued through woods by a group of unusually dressed women and a strangely masked mountain of a man.  Apparently they are only trying to help.

Unfortunately, help seems to consist of an amateur caesarian to deliver a strangely shaped child. After the opening titles we cut to Robin Murphy (Rachel Nichols) and her husband Leo (Yohance Myles), arriving at a cottage in the middle of the Black Forest in deepest Baden-Württemberg, Germany. Allegedly, this is the house she was brought up in until she was six years old, and where her father taught her how to hunt, about the spirits of the forest, and how to speak fluent English with an American accent.

I know…willing suspension of disbelief, etc.  Anyway, her father dies and she inherits the cottage and they go to check it out.

You’re Sure Of A Big Surprise

Before long there is a shock meeting with Arthur Fuchs (Miles Doleac…yes, the same one!) and his daughter Amalia (Rachel Ryals) while they are out indulging in a bit of family hunting. Maybe he finds a pre-teenage girl is easier to train than a retriever; my experience tells me otherwise. So…isolated cottage in the woods — check, a return to a place which holds memories — check, a suspicious, strange, and heavily armed stranger — check.

All of our favourite tropes start falling into place and we wait for the slightly strange neighbour to come and do the Murphys harm. Maybe the twist is that it’s the young daughter who’s the psycho…

See Them Gaily Gad About

Obviously what happens next has nothing to do with that particular scenario. You should know by now that I always try to avoid spoilers, especially in new films! Suffice it to say that things do get suitably spooky.

To start with, Robin was brought up in the Schwarzwald, where people have a more, shall we say, robust approach to nature. This proximity and relationship does tend to lend itself to a folklore which is adjacent to older belief systems than those adopted following the establishment of the Abrahamic religions.

Beneath The Trees Where Nobody Sees

Synonyms are odd; “come to my cottage in the forest” sounds fine, “get to my cabin in the woods” is somewhat less enticing. Everything is now in place for the chills and thrills to start, and start they most certainly do!  What follows is about an hour and a half’s worth of tension and excitement. I knew that this would be one of those films that not everyone makes it to the end of, but I’ll admit to being surprised on a few occasions as to who did and who didn’t make the cut!

Definitely worth a look.