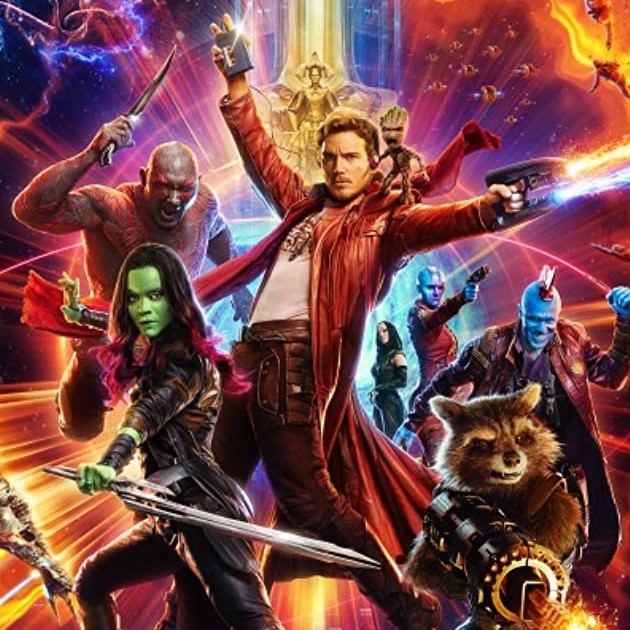 There are certain films that hook you from the very first time you see the poster, let alone the trailer, and there are those that you really struggle to see why they bothered. For me that spectrum ran from “Leon” (BIG fan of Luc Besson) down to “Dangerous Liaisons,” which I’ve sat in front of several times both in the cinema and in the sitting room and never managed to stay awake for more than ten minutes.

Then there are those that fall somewhere in the middle. The ones which you watch with one eye on and endure rather than enjoy.

Then you see it again: someone else was watching it and you were in the room; it was on the TV and you couldn’t be bothered turning over; whatever. However, the next time you see it you think, “Actually, that wasn’t too bad,” and you make a point of giving it another shot.


Eventually you end up buying a copy, and it enters your short list of films to watch when you just want something to relax into.

It might seem like sacrilege to some of you but, for me, one of those films is “Guardians Of The Galaxy”.  I watched most of it when it first came out (I say most because parts of it had a definite dream-like quality) and remembered that the chunky guy from “Parks And Recreation” was in it. There were some reasonable action sequences and pretty funny dialogue, but there also seemed to be unnecessarily convoluted sections.

But then along comes the countdown to “Avenger: Endgame” and, like millions of MCU fans around the world I decided to re-watch all of the previous entries — and the only problem was what order should I go with: Production, Chronological, Spaghetti. I wasn’t particularly looking forward to the GOTG episode, but I ended up enjoying it!

And for this little essay I watched it again. And you know what? There were so many things that resonated with me when I opened my eyes and watched it properly. From the very first second when “I’m Not In Love” starts, I was captivated. It’s a great song I particularly like because I used to live in Stockport around the corner from Strawberry Studios when 10cc were recording it. And that’s just the start. I’ve seen straight up musicals which have soundtracks that are nowhere near as good as this; it may have helped being a teenager when most of these tracks came out.

Then Chris Pratt appears. I enjoyed his turn as Andy Dwyer in the aforementioned “Parks And Recreation” and in this he still has some of the slacker charm but, as the prison clean up scene shows, he no longer has his slacker bod —  having upgraded to his MCU ripped physique. And what does Peter Quill have but a Sony TPS-L2 Walkman! They came out shortly after I graduated and I saved up my first wages to buy one. Just how the Apple iPod was distinguished by the white ear buds, so a genuine Sony Walkman stood out, thanks to the orange sponge headphone pads.

Bring on the action sequences. Coming half way through the second of the first three phases they’d had plenty of time to perfect them, and they didn’t disappoint. The same can be said of the humor; MCU is known for the witty asides, but GOTG is only one step away from being a straight up comedy — and a good one at that! And I have to mention the visuals: the make up, the costumes, and the sets are all simply eye catching. Stunning yet believable.

Finally there are the performances. Both from the main cast and the supporting players, some of whom deliver what amount to little more than cameos. Karen Gillan is excellent as always; Peter Serafinowicz is sorely underused, as is Christopher Fairbank; but I could go on and on until I’ve name-checked everyone.

Suffice it to say that I’m hooked on this branch of the MCU and am so glad that it’s carrying on in Phase 4 of the MCU.

Addendum: GOTG3 isn’t actually scheduled for Phase 4. It is rumored to be the first movie in Phase 5, whenever that happens to be. Due to CoVid19 Marvel has updated movie release dates for all Phase 4 movies.

A Gift of Gunn: The Complete Awesome Mix is now Available

chevron_left RunPee Weekly Newsletter – April 22th, 2020
Forget life for a while and watch all 9 episodes of Star Wars… AT ONCE chevron_right