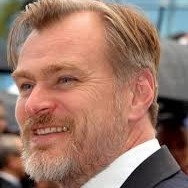 Christopher Nolan is back!

Over the last few months so many films have been affected by the COVID-19 outbreak. Small films, big films, and absolutely huge films have either been rescheduled for a big screen release, often into 2021; others have been sent straight to digital download, and some are just…waiting.

One of the huge ones to be affected is director Christopher Nolan’s latest Tenet. It was originally scheduled for release on 17th July 2020, but was bumped back by a fortnight to 31st July, and again to 12th August. But finally, a release date has been decided on and tickets have been sold. Well…I’ve got mine for 26th August! I’ll probably try and do some Peetimes for it but, hey, it’s a Christopher Nolan film and, ideally, it’ll need about six viewings to get it right.

So, to get in the mood I thought I’d take a look at his previous works. Also, as I’ve done a few pieces about British actors, I thought I’d have a look at what goes on on the other side of the camera.

Christopher Nolan was born and raised in London, arriving shortly after the ‘70s to a British advertising executive father and an American flight attendant mother, which, helpfully for his profession, gives him dual UK/US citizenship. If you can inherit something like creativity, then it was passed to him and his younger brother Jonathan, who helped out with screenplays for The Prestige, Batman Begins, The Dark Knight, The Dark Knight Rises, and Interstellar. Also Memento was based on his short story Memento Mori, and he’s the co-creator of the TV version of Westworld.

So the creative juices must have flowed freely in the Nolan household. Freely and widely; Christopher may well be best known for his directing, but he’s also got plenty of credits as producer, writer, editor, and cinematographer. However, for the purposes of this piece I’m going to concentrate on his tenure in the director’s chair.

At the ludicrously early age of seven he borrowed his father’s Super-8 camera and started making short films with his action figures; sadly his stop-motion homage to Star Wars, called Space Wars, will now, probably, never get a cinematic screening. Although he had decided at age eleven to be a filmmaker, he decided to do a degree in an unrelated subject so that he’d get a different take on things and be able to develop his own style. So he read English Literature at University College London — which he chose specifically for its filmmaking facilities. He started off, as many do, making short films and corporate videos, before moving on to his first feature length project.

I say ‘feature length’ but Following weighs in at a mere 1 hour, 11 minutes, including opening and closing credits. Despite that, the principal photography took more than twice as long as it did for Inception. The main reason for that would be cost. Just as Kevin Smith had to film Clerks with his friends and in the shop he had a part time job in, so Following was filmed at weekends using friends as the cast and their flats as the locations. Money saving measures included using 16mm black and white film stock, and excessive rehearsal so that only one or two takes would be needed.

As Nolan himself said in 2012, “the difference between shooting Following with a group of friends wearing our own clothes and my mum making sandwiches, to spending $4 million of somebody else’s money on Memento and having a crew of a hundred people is, to this day, by far the biggest leap I’ve ever made.” All in all, the total cost was a mere £3,000 (about $6,000 USD).

So Following is cheap, moody, and noir-ish, but is it worth seeing?

To my mind the answer is a definite yes, if you can find it.

The premise: an aspiring writer starts following strangers around to get inspiration by observing their lives. All goes well until he crosses the path of a burglar and gets drawn into a life of crime, which is when things start to go a bit runny.

So it’s just over an hour long, but that doesn’t stop Nolan producing a captivating, convoluted story that has you guessing right the way through. And blow me if he hasn’t demonstrated that he can use a non-linear time structure right from the starting gun.

Then Nolan lands Memento which, for most people, is his directorial feature debut, given the difficulty getting to see Following. And what a strange beast it is. It takes the narrative and structure rule book, examines it minutely, and then shreds it, and sets fire to the bits.

It isn’t a film you can watch with one eye while you peruse the paper with the other. You need to pay attention, as Guy Pearce’s amnesiac insurance investigator tries to find out who murdered his wife, using tattoos and Polaroid photos to take the place of his missing memory. But then on top of that is the little detail that the film is made up of two strands; one in black-and-white that is shown chronologically, and another in colour shown in reverse order. Somehow the two meet at the end of the film, producing one complete and cohesive narrative.

Rather neatly, Momento demands your attention but doesn’t shout about how clever it is; the structure is smart and inventive, rather than gimmicky.

Next, 2002’s Insomnia seems to stand out, but not for the best of reasons; the acting is magnificent, especially against the usual type of Robin Williams (a trick repeated that year in One Hour Photo) — and the atmosphere is awesome — but it doesn’t sit like a Nolan film. Maybe he was trying too hard to remove it from the 1997 original Norwegian version.

Arguably his most well known films are the Batman trilogy: the ‘Dark Knight’ ones are his two highest grossing films. The Dark Knight received a performance as well as technical Oscar (which isn’t bad for a ‘super hero’ type film!) and currently sits at no.4 on the IMDB’s top rated movies; the trilogy won over 200 different awards, and, well, Batman, innit!

Tucked in between the Batmans (Batmen?) are two of his best-received films.

First off was The Prestige, which is a beautifully shot period piece; remember the field of light bulbs in the fog? Gorgeous! But as well as the pretty shots there are also the grimly realistic ones. You can almost smell the sweat and smoke in the packed theatres, and the wood, metal, and oil in the workshops. Throw in a stellar cast of Jackman, Bale, Caine, and Johansson; add the cherry on the top of the cake that is David Bowie as Nikola Tesla and you’re on to a winner.

The first post-Batman offering was Interstellar. The comparisons with 2001: A Space Odyssey are hard to avoid, but there are differences… Kubrick was all about the visuals. What was happening? Who knows, but it’s a visual treat! Nolan insists on way more exposition than Kubrick ever did, but still manages to put in his little secrets… remember the ‘ticks’ on the water planet every 1.25 seconds? Each tick represented a day passing back on Earth.

And then there came his take on the WWII film – Dunkirk. There are plenty of arguments out there about whether this or The Dark Knight is Nolan’s best film, and I’m not going to pour oil on troubled waters because there’s always some cheeky bugger out there with a box of matches.

I’ll just say I preferred it over the bat-romp thanks to the amazing visuals, the awesome soundtrack, and the intertwined storylines.

Inception — A dream within a dream

Which leaves us with 2010’s Inception, during its 10th anniversary. I left this till last, because there is all sorts of speculation about the upcoming Tenet being a sequel to it. Mind you…you can find acres of arguments about the significance of Tenet being a palindrome, which just proves there’s no end to what people will make up a theory about.

Inception is set in the world of dreams. Now, most people would know it’s a dream by having the hero suddenly realising they’re sitting at the bus stop with no pants on, and the person next to them has the head of an Alsatian. Not so for Mr. Nolan. He doesn’t show you’re in a dream by having you rummage through the props drawer; he does it by blowing up a café and folding Paris!

Having seen the trailers for Tenet, I’m prepared to believe that there may be similarities to Inception, but I’ll wait and see. This time next week I’ll have seen it and should know… probably.