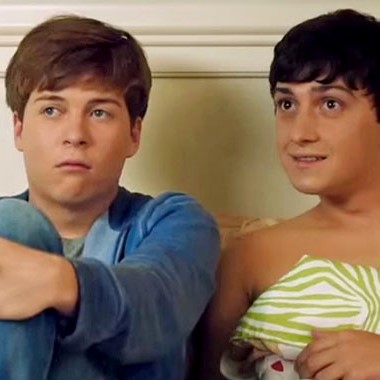 As the resident fan of all things Groundhog Day, I try to keep up with recursive time loop stories. I just made a space in my busy (not really) schedule to view Premature. Released to little fanfare in 2014, Premature is like a modern (read: dirtier) version of an 80s John Hughes film.

Did the world need another Groundhog Day (GHD) tale? These can be great fun when delivered with a fresh premise. And there are many fine ones. We have GHD mixed with horror, like Happy Death Day 1 and 2. GHD stirred with sci-fi, like Edge of Tomorrow, and Source Code. This year at the Sundance Film Festival we got a fabulous R-rated comedy featuring more than one person stuck in the wedding-day-from-hell: Palm Springs. And it’s still playing at drive-ins across the US.


I actually have over 20 Groundhog Day themed shows on my running list. Seriously, check it out. Like Groundhog Days themselves, this list keeps respawning. This attests to the appeal of getting a life re-do to the point of insanity, where characters start to think they are (“small g”) gods.

I have to wonder, this time, if we really needed a raunchy teenage Groundhog Day. If I saw this before Palm Springs, I would have said, “The more, the merrier.” But post-Palm Springs I’m not sure. Palm Springs was top notch, right up there with the best. Premature was cute, but nothing special.

Did we need it? I’m going to say no. Ultimately, it was a big MEH. I laughed, certainly, but I also demand a certain creativity in my time loopings.

The loop itself takes a long time to set up. We don’t get a return to the next morning until about 45 minutes in, to the point where it seemed I’d gotten my genres mixed. When it does begin cycling, we get a novel restart that isn’t about falling asleep, living your best life, or being killed. I won’t give it away, but what sends the main character back is a lot more mundane…although it runs with the wackiness fully.

Suffice to say the name of the movie itself is a spoiler.

What I wasn’t impressed with was how things resolved. I don’t need to know the quantum mechanics or supernatural interventions involved in the looping, but how Rob moves onto the next day is underwhelming. THAT’s it? Was this just a boy’s version of Pretty in Pink? I don’t think Premature was thought out that well.

When the original Groundhog Day allowed reality to play out until a certain moral victory was reached, it was a new idea. This time it’s just lazy.

Premature lands in the B range because it’s still a pleasant movie, with good laughter, and its heart is in the right place. It’s…nice enough. I also think the best reason for adults to see Premature is the absolute riot that is Alan Tudyk. Actually, as a teen film, it works on several levels. I’m just not sure it deserves to be Groundhoggy.