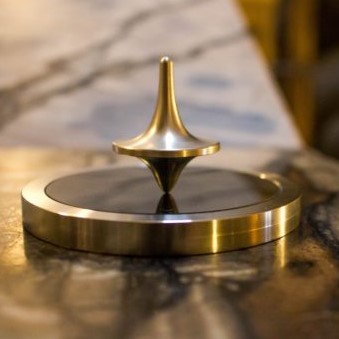 If you would like to read my movie review of Inception – no spoilers – then go here.

As soon as the movie is over you’re left wondering:


It is brilliant writing to not only leave these and other questions open for interpretation, but to also include support for varying, even contradictory, interpretations. In this analysis, I’m favoring the idea that the entire movie takes place inside of different levels of Cobb’s dream. Although there is an intriguing possibility that we’re in Mal’s dream, throughout the movie.

I have watched the movie three times now. I’ll review some of the key points that I have noticed that warrant further thought.

Dreamy Names
The character Ariadne is the architect who is tasked with designing the dream. The terms maze and labyrinth are used repeatedly to describe her role in the story. Writers oftentimes pick the names of their characters to subtly describe their characters. It turns out that the name Ariadne comes from Greek mythology. She is the daughter of the King Minos of Crete. She helped Theseus overcome the Minotaur. If you recall that myth involved a labyrinth as well. Karl Kerenyi observes that her name is merely an epithet and claims that she was originally the “Mistress of the Labyrinth.” ( Wikipedia reference )

The character Yusuf is the dream doctor in the story. This name also has a dreamy reference by way of the Quran: The story – of Yusuf – begins with a dream and ends with its interpretation ( Wikipedia reference ).

If Ariadne and Yusuf are real in the movie, i.e. Cobb is awake, then Christopher Nolan (writer/director) is being hackishly heavy handed in using such a blatant references – which I don’t believe to be the case. But if Cobb is dreaming throughout the movie, then it is Cobb who is writing the story and his subconscious chose the names for these projections from his memory of Greek mythology and Islam.

The Inception of Totems
At the very beginning of the movie Cobb is explaining to Saito:

What is the most resilient parasite? Bacteria? Virus? Intestinal worm? An idea. Resilient and highly contagious. Once an idea has taken hold in the brain it’s almost impossible to eradicate. An idea that is fully formed, fully understood, that sticks. [Pointing to his forehead.] Right in there somewhere.

Later, back in reality, while in the helicopter, Saito asks, “Inception. Is it possible?” Arthur says that true inspiration is impossible. But Cobb interrupts and says, “That’s not true. ”

At the very end of the movie when Cobb and Ariadne are in Fischer’s subconscious Cobb gives her the An idea is like a virus speech and adds, “The smallest seed of an idea can grow to define, or even destroy you.”

It’s at that point that we discover that Cobb implanted the idea in Mal that she had to kill herself to wake up to reality. And he feels guilt over that.

However, Cobb also mentions earlier in the movie that the idea for a totem came from Mal. She implanted into him the idea that a physical object could be used to determine if you were awake or dreaming. And we know that the spinning top that Cobb uses was originally Mal’s totem. Cobb picked up her totem in the hotel room before she carried out his inception and jumped. In a sense, they exchanged inceptions right then.

At this point I’m unsure about the effectiveness of the totems. I don’t see how that could actually be used as a concrete test to determine if one is awake or dreaming. Which might be the point: you can’t tell.

The Kicker
And here’s the kicker that Cobb is dreaming throughout the movie: he is the only one who resists waking up from someone’s dream when they awake. At the very end – I’m pretty sure – Cobb and Ariadne are in Fischer’s subconscious, trying to dig him out. But Fischer wakes up when the defibrillator revives him. And Ariadne wakes as well. So how can Cobb remain in Fischer’s subconscious when Fischer is no longer there? I’m either missing something, or that’s one of those unaccounted plot holes or it’s an indication that we’re in Cobb’s dream throughout the movie. I’d wager that it’s not the middle thing.

The dreams in Inception aren’t your regular dreams. We don’t have the ability to share our dreams. We are alone with our own projections and subconscious. But what if we could share our dreams? How would that be different than reality? For reality is a shared interpretation of what our senses perceive. (Yes, I’m guilty of majoring in philosophy, with an emphasis in epistemology.)

Just like we don’t yet have androids that count electric sheep, we also don’t have the ability to share dreams or enter shared virtual realities. But even now, we can already seriously debate what is real. When, and if, we do have shared virtual realities, these issues won’t be philosophical anymore. They will be practical everyday questions. And how we answer and deal with these questions will reshape everything we know.

Are we in a simulation right now?
If you were a software developer with god-like computing power, you could create a virtual reality that is indistinguishable from reality. If you did so, what would it look like? A universe composed of myriad copies of identical objects – check. We have protons, photons, electrons, etc. Quantized space and time – seems likely. Objects only exist if they are perceived – exactly as Quantum Mechanics dictates.

Yes, if you look at the Universe through the eyes of a software developer, it looks like we are inside a simulation right now. Check out Morgan Freeman’s Through The Wormhole episode 1, Is There a Creator? if you would like to see more about that possibility.

What do you think? What have I missed? Anyone else looking forward to watching this again, and again, and . . . How do you think the sequel will start? With an alarm clock waking up Cobb?  🙂