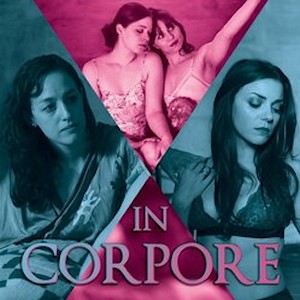 The sensual new film In Corpore explores the complexity of relationships.  It’s the type of movie Hollywood used to make once upon a time.  A mature film with adult themes made by and for adults.  I had high hopes for the movie going in, but it fell short of them.

What’s good about In Corpore

The sex scenes are graphic and hot.  There is an eroticism to the film that is enjoyable.


The movie explores themes that seem lacking in other dramas:  polyamory, sex addiction, the pressure to have children.  Often these are more likely to be punchlines than handled in a dignified manner.

Marie Schmitt gives a heartbreaking performance.  The movie is divided into four vignettes.  Hers is easily the strongest.  She expresses joy, affection, and sorrow naturally.  I’m eager to see what else she does and where her career takes her.

Naomi Said also gives a strong performance as Anna.  From her first scene, you can sense her character’s discomfort and her desire to leave the relationship she’s in.

There is a playful sex scene between two lesbian characters.  A lot of LGBTQ+ stories focus on suffering and struggle (as this vignette unfortunately eventually does as well).  It’s nice to see a moment of such joy in an LGBTQ+ story.  It’s also great to see two people laughing in bed together.  Sex is usually handled in such a serious way in film.  I liked seeing something that felt different and real.

What’s disappointing about In Corpore

I was hoping for a romantic love story.  Except for the first part of Milana and Rosalie’s story, all of the story lines and characters are pretty miserable.  The film is definitely a downer.

There is overlapping dialogue, especially at the very beginning, that makes the movie hard to understand and get into.  The filmmakers may have been shooting for something Altmanesque.  Instead, it’s just confusing.

The music feels too intrusive.  During some of the love scenes, the music cues led me to believe a killer with an axe was about to burst in the door.  Several scenes would have been stronger without a soundtrack telling the audience what to feel.

The movie is made up of brief, unsatisfying episodes.  It’s a cop out.  By making four short films instead of one long continuous film, the writer-directors let themselves off the hook.  They get to indulge in four character studies without ever providing any plot.

Any of these four episodes could have been expanded into a compelling film.  It was a letdown that some of the characters at the party in the opening scene are never seen again.  I expected to find out more about each of them and why they were important to the main character.  Her ex-girlfriend shows up again in the final chapter, but their relationship and their past are never fully explored.

The film deserves props for focusing on complex themes regarding human emotions.  Unfortunately, it never hits its mark.  It’s a watered down version of the Mike Nichols movie Closer.   The film wants to be pro-polyamory and sex positive.  However, the polyamory story line casts a negative light on its subject.  And it recycles/reinforces the tired trope of the cheating bisexual.  (Couldn’t we have done away with this after The Kids Are All Right?). Putting the burden on one character to represent polyamory feels like setting her up as a straw man.

Final thoughts on In Corpore

This movie was so sad that it was a little hard to finish.  Marie Schmitt (aka Sarah Timm) is the saving grace and the reason the movie isn’t getting a D.  Her performance is A+.  While I wish there were more films like this; it’s hard to recommend this one specifically.

(Is it just me or is there a tiny dog/stuffed animal in the preview image above?  I swear that wasn’t in the film.)

Movie Review – On the Basis of Sex

Movie review : Sex and the City 2

2020 Movie Rankings according to the Peeple’s Poll