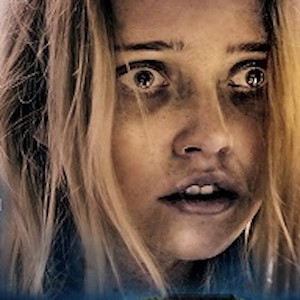 Bright Hill Road is one of those interesting but unsettling films that make you wonder exactly what you’re watching and what you’re in for.

We start off with Marcy (Siobhan Williams) waking up in bed. She seems a bit befuddled, and a scan around her bedroom shows a lot of wine bottles — which gives the clue that she’s probably hungover. She gets up and gets ready for work. The scan around the room has also shown that there are a lot of collages around so…  perhaps she’s an artist?  But she’s putting on a plain, pale, office type shirt so maybe not.


Then again, Tracey Emin is one of our most eccentric and productive artists, and I’ve never seen her dressed like she’s going to the office.

Oh, another clue that Marcy isn’t really on top of things is her choice of breakfast… a miniature of vodka. I mean, if you’re going to have vodka for breakfast, at least serve it properly. It should be kept in the deep freeze until being poured; even cheap vodka is surprisingly drinkable at <0ºC. And then there’s the posh option… wake up ten minutes earlier so you can have a proper breakfast. A Bloody Mary has plenty of vitamins and is an invigorating start to the day… err… so I’ve been told.

Just A Normal Day At The Office Then?

So Marcy heads off to work, necking another voddy miniature on the way. Gods only know what temperature that’s going to be after sitting in the glove box overnight!

Leaving that thought to one side, she arrives at work, where she’s met by her secretary (Sally Cacic), giving her a warning that someone called Harvey that she’s just fired has been acting a bit untoward. She’s at her desk guzzling unidentified pills and yet more vodka a chambré, when all the warm spirits get to her and she starts feeling a wee bit Uncle Dick and heads to the bathroom to revisit her breakfast.

She’s so single minded in her pursuit of relief that she fails to notice that Harvey is making good on his threats and walking around and shooting everyone he sees. The fact that she ignores what’s going on could be a tacit comment on the prevalence and frequency of such events, but not being able to read the minds of the writer or director (Susie Moloney and Robert Cuffley, respectively) I can’t really say.

She manages not to get shot while in the toilet, but another woman in there is less fortunate. After the event, Marcy is sent home on some sort of administrative leave with words like “pure dereliction” and “drunk on top” ringing in her ears.

So she goes home, has a bath, a large Johnny Walker Black Label, rings her sister in California, and plans to drive out there to take some time out. She sweeps all the collages into a portfolio, pours all the booze down the sink, and sets off West. Near constant miniatures of vodka can only keep you going for so long, and she ends up taking a nap outside a building which is on Bright Hill Road.

And We’re Not Even At The Ten Minute Mark Yet!

And while all that lot might seem positively nerve jangling and disturbing it is, in fact, only the intro.

The real fun and games are only just about to start. It’s when she checks into the Bright Hill Road boarding house that things seriously start to go off the rails. In fact it’s probably fairer to say that things were never even at the station let alone on the rails, but I can’t say too much, for fear of invoking the demon of spoilerdom.

Suffice it to say that what starts out as an action, thriller type thing soon turns into a spooky, horror type thing. But it remains a slow burner. Atmosphere and tension develop slowly in comparison to the rapid fire events of the opening sequence.

And it is all excellently done. Siobhan Williams is brilliant as the drunk/deluded/deranged Marcy; it turns out I had seen her before… she played Elsa in Welcome To Marwen with Steve Carrell. Agam Darshi is just perfect as the spooky, slightly other worldly boarding house manager, Mrs Inman. And Michael Eklund kept me guessing up to the end as Owen who is… well, you really need to see it to find out.

Note: At about 16:46 Marcy toasts herself Happy New Year, so this film could technically fall under the New Year Eve movie lists.

All in all, Bright Hill Road is a good example of a suspense vs gore type horror film.