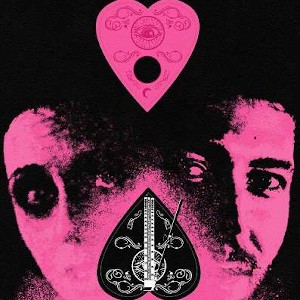 My name is Rob, and I’m a cinema addict.

When the world was open I was retired and had Infinity cards both for RunPee and for my local cinema; I’d peaked at seeing three films in a day and going four or five days a week. Then it all closed down. However, I was luckier than most: I had a decent pension, an adequate broadband link, a tolerance for my own company, and an ability to string a few words together. Monday became the high spot of my week. That is the day when the Apple Store makes all the new releases and offers available.


Usually the new releases can be up to £20.00 to rent; I never rent films as I’m too chaotic to get the thing watched within the time limits. When they are ready for sale the usual new release price is £13.99. Unless it’s something I desperately want I tend to wait; Tenet was one that I bought straight away. Then there’s usually some limited time offers, often around holidays with titles attached; my editor Jill will kill me if I don’t mention Groundhog Day at this point. Finally there are the pre-orders and that’s where I saw A Ghost Waits…

By The Pricking Of My Thumbs

A Ghost Waits was priced at less than the cost of a cup of coffee, but that wasn’t what caught my eye. The artwork was reminiscent of a cross between a sixties paperback and a Dario Argento one sheet; bold white text on a black background with shocking pink graphics that looks like Anish Kapoor and Stuart Semple have finally resolved their issues. My first thought was of a new transfer of an old print to digital, so I thought I’d have a look at the trailer.  Turns out that, not for the first time, I was wrong. It’s actually a new release which has been doing the rounds of the specialist festivals like FrightFest and ScreamFest — and walking away with the top prizes.

So, retro artwork, atmospheric trailer, armfuls of trophies, silly cheap price… I ordered it and pretty much forgot about it. Then, about a week later, it arrived and I found myself with a free evening and gave it a watch.

A Ghost Waits is listed as a horror, but I think that could put off the people who aren’t horror fans… like me. I don’t want to appear disparaging, but the horror is pretty low-key. It’s not likely to be giving anyone nightmares any time soon. What it does give is a lot of the warm and fuzzy feelings you get from a good rom-com, and plenty of smiles and laughs.

Something Wicked This Way Comes

In short, the story is about handyman Jack (MacLeod Andrews) who’s been sent to a property to get it ready for new tenants, and also try and suss out why the previous ones have all broken their letting agreements and left early.  This time, though, he has a problem with his own home being fumigated and needs somewhere to stay. He tries a few people who all, essentially, ignore his pleas, so he decides to work late. So late that he ends up sleeping over and that’s when he finds out why all the other tenants keep running away… it’s haunted.

The ghost in question is Muriel (Natalie Walker) whose job it is to keep the house empty. Why she has to do that is never mentioned but it doesn’t need to be… why is Phil Connor doomed to keep repeating Groundhog Day? Not everything needs to be explained to make sense. Jack realises he isn’t afraid of Muriel and they start to get along.

There are obvious constraints due to budget or, rather, lack of it, but that doesn’t distract in any way. The supernatural employment agency doesn’t have the same level of costumes as A Matter Of Life And Death or the same sophisticated special effects as Beetlejuice, but it still has the playful insouciance of both those earlier films. The effects are definitely not of the “how did they do that” variety but that doesn’t diminish the outcome. This is a warm, joyous film which will appeal to all ages… ok, the “Yellow Cotton Dress” song has PG lyrics but it fits the mood so well I was glad to keep on hearing it. I honestly hope they give the people involved with this project sacks full of money to make sure they make more films.

If you get the chance, go and see A Ghost Waits.