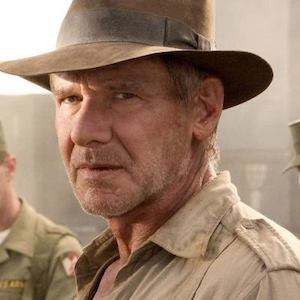 Indiana Jones returns for his fifth adventure…Indiana Jones and The Order of Elysium? Actually, the latest news is that it’s just going to called Indiana Jones. The fact that Harrison Ford is now eighty years old seems not to be much of a problem. Less of a problem than trying to introduce an Indiana Jones Jr. Jr. in the last film. Which was a mere fourteen years ago when he was a sprightly sixty six. I’m sixty five and can’t wait until next year when I can start running around and jumping up and down again!

Who is Indiana Jones?

Dr. Henry Walton “Indiana” Jones, Jr is a professor of archaeology with a very hands on approach to his research. Over the years that has lead to conflicts with Nazis, a Thuggee cult, and Soviet era Russians. His branch of archaeology is of a similar excitement level as Dr Alan Grant’s branch of palaeontology.

This is the first Indiana Jones outing not to have input from either Steven Spielberg or George Lucas. James Mangold directed and he has co-written with Jez and John-Henry Butterworth; recreating the team from Ford v Ferrari.

There have been delays, both production and pandemic related. At present there is a 30th June 2023 release date so…fingers crossed!

This isn’t a proper trailer but this will have to do until one lands.

Obviously Harrison Ford is back but that’s about it for returners. Among the newcomers are Phoebe Waller-Bridge, Toby Jones, Mads Mikkelsen, and Antonio Banderas.

Characters, So Far, In Indiana Jones

Harrison is playing Indy but, for everyone else, watch this space! My guesses are Phoebe Waller-Bridge as spunky, wise cracking side kick, Toby Jones as sinister chap who knows what’s going on but won’t say, Mads Mikkelsen as a former Nazi scientist, and Antonio Banderas as an old friend of Indy’s who might just double cross him.

These are usually standalone stories so you can, usually, go in cold. Do yourself a favour though…watch Raiders Of The Lost Ark!