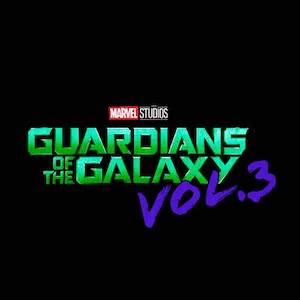 I’ll admit that my first watch of Guardians Of The Galaxy left me quite cold. However, I had another look and got hooked!  One theme running through the first two films was that Peter Quill/Star-Lord had a couple of cassettes left to him by his Earthling mother. This meant that there was a brilliant 60s/70s inspired soundtrack which played well into the hands of someone of my generation. I look forward to hearing what they have for volume 3.

Who are Guardians Of The Galaxy?

The premise is that The Guardians are a rag-tag, mismatched group of vagabonds who travel around helping out especially when they can help themselves to a bit of loot. They end up in a variety of scrapes and adventures.

James Gunn returns as writer and director and Henry Braham is back as cinematographer.

Currently expected to have a US release on 5th May 2023.

Very teaserish but I’m sure that there’ll be more to come.

All the main cast are returning, apart from Michael Rooker. New faces will be Will Poulter and Chukwudi Iwuji and a new voice will be Maria Bakalova.

Characters, So Far, In Guardians Of The Galaxy Vol. 3

Obviously all the main cast will be reprising their previous roles but the new ones include Adam Warlock (Will Poulter) and The High Evolutionary (Chukwudi Iwuji). Maria Bakalova voices Cosmo The Spacedog.

The crew are licking their wounds following the battle with Thanos. Not only that but there are enemies to face who threaten the universe as well as The Guardians themselves. Normally here, I’d suggest whether or not you need to have seen any films before hand. Given the vast sprawl of the MCU there will probably be about half a dozen or more films feeding into this one. Suffice it say that I doubt anyone will be coming to see this one totally cold!

James Gunn said in April 2017 that a fourth Guardians film could happen. That said, it would likely centre on a new group of characters as he planned on concluding the story of the current team in Vol. 3…that sounds ominous!

chevron_left Movie Review – Honk for Jesus. Save Your Soul.
Indiana Jones And The Dial Of Destiny – What You Need To Know chevron_right