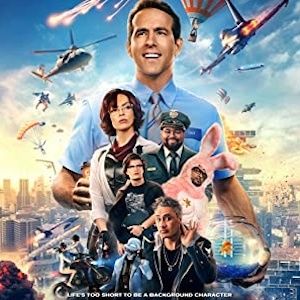 We all know that things have been all over the place, thanks to the devastation caused by Plague 2.0. There used to be an order to things; films came out in the cinema for a few weeks or months, depending on how popular it was assessed they would be. The phrase “released directly to video” shows just how little faith the studios had in a project. Then all the agoraphobics and lock-ins got their chance to see it via satellite or cable. Finally along came the cheapskates who bought a copy on disc.

Covid-19 put paid to that and the ‘convenience’ of digital downloads meant that, for a fee, we could all attend the premiere… well… sit in our pants watching it on the day it came out. Now I’ve said elsewhere how things vis à vis watching films at home have improved over the last fifty years, but there is still something special about the theatrical experience that appeals to me and you, assuming you are a RunPee fan, that means it is worth making the effort to put trousers on and go outside, rather than banging fifteen to twenty quid on a card and upsetting Scarlett Johansson.

Free Guy resisted the temptation. Originally scheduled for release on 3rd July 2020, it was delayed until 13th August 2021 (in the UK and USA) when it finally saw the light of day… or dark of the auditorium if you want to be picky. I’m so glad that I saw it at the cinema.

I’ve said before that sitting close to a high definition TV with a big screen has a similar visual impact, but what makes the real difference is the sound. Even expensive sound bars, separate sub-woofers, surround sound boosters, and exceptionally tolerant neighbours will not get the sort of sound that you feel through your arse cheeks rather than just your ears; my son is profoundly deaf, but still enjoys a trip to the cinema a couple of times a week with me.

Now, Free Guy has already been reviewed by Dan here and I don’t intend to re-invent the wheel by going through it all again. Mainly because he’s the boss and I’m not stupid, but also because I’ve read his review and agree with nearly every word. For those wondering what I disagree with Dan about: it’s when he said that Taika Waititi was just a little too over the top… in my humble opinion Taika Waititi should always be over the top, and the higher over the top the better!

…Have A Great Day!

What I do want to do is to review Free Guy from the perspective of considering it for inclusion in the ever growing pantheon of Groundhog Day influenced films that our Miss Whiplash, Jill,  has been working on. She’s known as Miss Whiplash because she has been whipping together as many appropriate titles as she can find along with whipping up enthusiasm about the whole project; I’ve watched more time loop-based film and TV programmes since joining the RunPee family than in my entire life to date… and I grew up with William Hartnell as my first Doctor Who!

So, should Free Guy be granted admission to this august Groundhog institution? Well, despite getting there by a different path I would have to argue that, yes, Free Guy has sufficient loopy elements to be allowed in. OK, Guy’s loop begins when the program starts running, rather than at a particular time, but as far as Guy is concerned, that is always when he wakes up and starts going through his routine. Also, Guy becomes aware of being in a loop and starts taking steps to break out of it while, to begin with at least, none of his fellow NPCs know that they’re looping.

This is an enjoyable film; the Groundhog Day theme is a bonus!