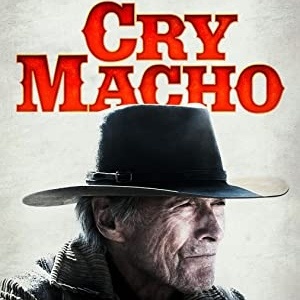 I hate to say it, but this was not some of Clint Eastwood’s better work. I just checked Clint’s filmography at RottenTomatoes and it’s a mixed bag. He’s had some home runs but also struck out on a few. This was definitely a strikeout.

The critics currently rate Cry Macho at a 51% clip and the audience at 64%. I think the bump in the audience score is largely due to the reputation Eastwood has. Some people have a hard time criticizing him. I do too, but I feel my first responsibility is to the ticket-buying audience.


What’s wrong with this movie?

There’s very little emotional payoff to any of the character arcs. My feeling when the movie was over was, “What was the point of any of that?” There were so many different ways it could have gone that had more potential.

Plot spoiler
I think the character arcs would have been better if Rafo had stayed with Mike and gone back to the little village together. What Rafo’s character needed most was someone he could trust. Had the story instead been that he wanted to be with his father from the start, but then as he grows he discovers that his father isn’t the man he imagines — and that Mike is someone he can trust — then going back to the village and living a simple life would have been much more satisfying. This was set up by the fact that Mike’s wife and child had died many years earlier. Now Mike has a chance to be a father. There’s a lot of room there for a satisfying drama. But what we got instead was bland.

The acting in this movie was the worst I’ve seen in some time. There were numerous scenes where the acting was downright cringe-worthy. I think the only actor in the movie that was consistently good was Natalia Traven (Marta).

If you’re a huge Clint Eastwood fan then you probably feel compelled to see this, but do yourself a favor — it’s not worth seeing in a theater. Just wait for it to stream, and if you’re lucky you’ll forget all about it by then and save yourself the disappointment.

Plot (Spoilers)
Based on the book, “Cry Macho” stars Clint Eastwood as a one-time rodeo star and washed-up horse breeder who, in 1978, takes a job from an ex-boss to bring the man’s young son home and away from his alcoholic mom. Crossing rural Mexico on their way back to Texas, the unlikely pair faces an unexpectedly challenging journey, during which the world-weary horseman may find his own sense of redemption through teaching the boy what it means to be a good man.
Facebook
Twitter
Pinterest
LinkedIn