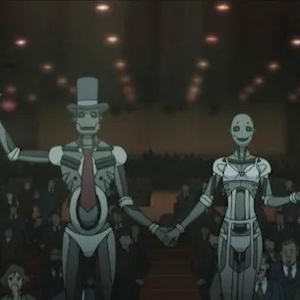 The Matrix Resurrections will be in theaters/HBO Max on December 22nd. If you’re planning a Matrix trilogy rewatch—I know we are—then be sure to include The Animatrix.

The Animatrix is a collection of nine short animations that tell stories about The Matrix universe. Principally among the animations are The Second Renaissance Part I & II that tell the backstory of what caused the Machine War in the first place.


Each animation is animated in a different style, from CGI-like to black-and-white film noir.

Ideally, you should watch The Animatrix between The Matrix and The Matrix: Reloaded. The animation titled Kid’s Story takes place during the time interval between those two movies and explains one of the new characters—the kid—who shows up in Reloaded with an unknown backstory. His Animatrix story fills in the gaps.

The Final Flight of the Osiris is another episode in The Animatrix that ties into Reloaded.

It’s hard to choose which is my overall favorite episode in The Animatrix, but if pressed I’d say Matriculated. It tells the story of humans trying to capture machines and put them into their own matrix where they can try to convince the machine that they should fight with, not against, humans.