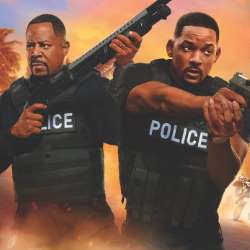 There are a lot of universal miss-truths: dinosaurs are extinct — not true, we call them birds now — or, that antibiotics cure the flu (nope; it’s a virus and antibiotics only work on bacteria)…and that women don’t like action movies.


Here’s one that’s true: women like bad boys. Well, at least they like the Bad Boys movie.

*The Expectation is a score of how much users anticipate they’ll like the movie. (A rating that is unique to the RunPee app.)

An 80.1 After-Movie rating is respectable, especially for a movie in the action genre. But there’s more to it than that. Women had both a higher expectation, and a higher after-movie rating.

There you have it. Women rated the movie better than men, both in expectation and after-movie scores. But it’s even more interesting when we break down the results by gender and age.

Who would have thought that women in the 50-59 age range would rate this movie the highest? It’s clear that older women liked the movie more than younger women. It’s exactly the opposite for men, where men between 20-29 had the highest rating.

If you’re a woman in the 50-59 bracket who hasn’t seen Bad Boys for Life, then grab your girlfriends and get to the theater and leave your men behind. 🙂

In the RunPee app we have a popular feature called the Peeple’s Poll. (That’s not a typo.) Many other websites/apps have movie polls, but only RunPee asks users for their age and gender, so we can provide our fans with results specific to that, along with the overall population results. We’re very proud of our Peeple’s Polls and the Peeple that vote in it.

chevron_left The 10 Most Anticipated Movies of 2020
Is there anything extra during the end credits of Birds of Prey: And the Fantabulous Emancipation of One Harley Quinn? chevron_right