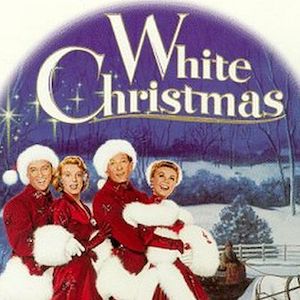 I’ve never been one to make any undue effort and, in a similar vein, I don’t like to waste any effort accidentally made. When I had my moment of confusion over Holiday Inn and White Christmas the obvious thing, to me, was to save the notes I’d made and use them in another review. And what better film to review using those notes but White Christmas…kind of made sense, really.

While I was missing Fred Astaire in Holiday Inn, 1945’s White Christmas made up for it with Danny Kaye. He was quite the fixture on TV during the Sixties. It was probably from Hans Christian Anderson, as the line “there once was an ugly duckling” rings a lot of bells!


So why did I get confused by the two films?

Both feature songs by Irving Berlin…some of the same ones, both feature Bing Crosby, both have a holiday theme, both have song and dance acts going off to perform in small country hotels, both have the usual cavalcade of misunderstanding and confusion regarding plot and romantic intentions. All in all, there’s no surprise that you can find pages upon pages devoted to theories with regard to whether or not White Christmas is a sequel or a remake of Holiday Inn. There are definite similarities, though, and there could have been more. Fred Astaire was asked but was going through a period of retirement at the time and declined.

When Are You Going To Learn That Girls Like That Are A Dime A Dozen?

So, apart from the title track that confused me by being in both, what are the similarities? The love interest is similar; two guys have a song and dance act and their paths cross a couple of female performers and we end up with two couples.

There are seventeen songs in both. Tunes from Holiday Inn are used throughout the film. When Betty (Rosemary Clooney) walks into the kitchen at the beginning of the “Midnight Snack” scene, Bing is playing part of the Washington’s Birthday song on the piano. Also, when Judy (Vera-Ellen) dances in her yellow dress, she is dancing to a speeded-up version of the song played for Lincoln’s birthday. There is a lot of dancing, but this time it’s Danny Kaye doing the heavy lifting on that front.

Bing does seem a bit more animated than he did when put up against Fred Astaire…but, then again, who wouldn’t be! As well as Bing appearing in both films, we also have the set being recycled. The Vermont inn is the remodelled Connecticut inn set from Holiday Inn.

In White Christmas, the recycled hotel set is very grey, and appears not to have been repainted in new colours. Since Holiday Inn was a black & white film, the sets were originally painted in greyscale, as colour palette schemes would have been a waste of resources back in 1942. Quite why they didn’t splash out on a couple gallons of pillar box red emulsion and a roller beats me.

Please, Don’t Quote Me The Price When I Haven’t Got The Time

And what are the differences? White Christmas was the first film photographed in Paramount’s widescreen VistaVision process. A radical departure from the other widescreen formats of the era, VistaVision did not extend the width of the screen so much as raising the height producing a significantly clearer image.

Not surprisingly, the hundred or so films shot in VistaVision, such as High Society, North by Northwest, and White Christmas, have provided the best clarity when transferring to high definition home video formats making it, in effect, the first experiment in high definition.

The I’d Rather See a Minstrel Show sequence points to changing times in terms of Hollywood’s sensitivity to racial norms. The set design, props, costuming and musical arrangement are all typical of vintage minstrel shows, but the performers are not in black-face. This was progress, as Holiday Inn, which inspired this production, featured a black-face number only twelve years earlier.

And, as a treat for RunPee Editor Jilly, here’s a bit of Star Trek trivia that links White Christmas to the Federation…Bing Crosby and Rosemary Clooney both have descendants in the Star Trek series. Bing’s granddaughter Denise Crosby appeared in Star Trek: The Next Generation as Tasha Yar, while Clooney’s son Miguel Ferrer appeared as a first officer in Star Trek III: The Search for Spock.