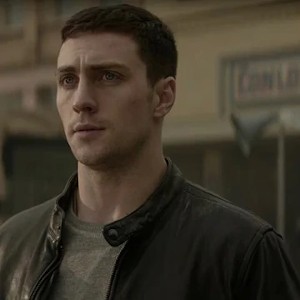 I did a rewatch of Godzilla 2014, Kong: Skull Island, and Godzilla: King of the Monsters in preparation for the release of Godzilla vs King Kong this week (March 31st) in theaters and on HBO Max.

When Godzilla came out in 2014 I gave it a C. It was enjoyable, but lacking. Upon rewatching, I’d bump that up to a solid A-. I think a lot had to do with expectations going in. I expected the fight scenes in Godzilla to be on par with Pacific Rim, which came out just a year earlier, but that wasn’t the case. (Pacific Rim has become one of my favorite rewatchable movies.)


There was also some disappointment that Bryan Cranston’s character died fairly early in the movie and didn’t have the leading role the movie trailers implied.

What made me like Godzilla so much more when rewatching it? The hero Ford Brody (Played by Aaron Taylor-Johnson: Kickass, Age of Ultron, Tenet) was much more enjoyable the second time around, because he plays a hero character whose uniqueness I missed when I saw this in theaters.

You see, Ford is more than just the reluctant hero that goes unwillingly into battle. He’s the anonymous-reluctant hero. Starting when he saves the little boy on the tram in Hawaii and gets the boy back to his parents without any acknowledgement. He sees the boy and his parents reunited, yet doesn’t even bother to introduce himself. Later, when he’s with the Ranger team in San Francisco, he alone stays behind to blow up the kaiju nest. Not only does that prevent the world from becoming overrun with baby kaiju, it also saves Godzilla, because at this point the kaiju male/female pair were taking care of Godzilla. I think it was clear that the director indicated that Godzilla was done for, until the female ran back to the nest after the explosion. Then Brody gets to the boat where the Rangers have taken the nuke and sets course for open water. At this point he is sacrificing himself to get the nuke out to a safe location.

By the end of the movie no one has rewarded Brody with any honors or any recognition at all. He just did what he needed to do and avoided being noticed in the process. That is very rare for any hero character because, let’s face it, writers sort of like to see themselves, if just a little, in the hero character they write — and who doesn’t want admiration for being a hero?

No, this story explores the anonymous hero that is as rare as kaiju in today’s world.

Getting back to what makes everyone want to see Godzilla movies. I found the fight scenes much more enjoyable this time around. The choreography of the battles was well done. I loved seeing Godzilla fight intelligently with his tail. The scene where he smashes the kaiju against the building with his tail illustrated intelligent planning and anticipation.

Godzilla isn’t just an animal fighting to be the king of the hill. He’s smart and resourceful. Of course, the scene where Godzilla uses his fire breath the first time was epic and had just the right amount of buildup.

One of the most beautiful and chaotic scenes I’ve ever seen in a movie is the halo drop by the Rangers into downtown San Francisco. It was ominous, and used exactly the right music from 2001: A Space Odyssey, and was thrilling to see.

Neither my wife nor I had seen this movie before. We were traveling when it came out and decided to save it for the release of Godzilla vs Kong and I’m glad we did. This movie was just awesome. The characters all had the right motivations, for better or for worse. But what made this movie stand out were the fight scenes. Kong’s fight scene choreography was spot on and a joy to watch.

The human characters were all well defined and and each character’s dialog fit with their motivation. There was never a feeling of characters doing or saying things that didn’t seem to fit. John C. Reilly’s character was particularly enjoyable and I think the actor was a perfect choice for the role.

Godzilla: King of the Monsters

My rewatch grade for Godzilla was an A-, and Kong: Skull Island got an A — could the trend continue?

Well, after originally giving Godzilla: King of the Monsters a B back when it came out, I’m going to have to downgrade that to a C- upon rewatching it. Neither my wife or I were particularly impressed with the monster fight scenes. They weren’t nearly as good as the first two movies. The final fight scene was, I guess, good enough — but certainly not epic as one would hope for.

What really sunk GZ:KM was the relentlessly bad dialog, with character development pulled from a book of cliches. Those two combined doomed a plot that otherwise had some potential.

The plot of the movie is exactly the same as that of Kingsmen — the only way to save humanity is to wipe out most humans. Okay, I can get on board with that.

But GZ:KM completely fumbled the plot development from the start. I’m not sure who’s fault it is, but my guess it has something to do with the suits at the Warner Bros. You see, the first mistake they made was not chopping this movie in half. There’s at least two movies worth of story here because much of the movie is flashbacks to what happened over the previous five years since the first GZ movie.

Instead of flashbacks, just make the damn movie!

We needed to see Dr. Emma Russell (played by Vera Farmiga) go through the process of trying to save humanity for years, only to realize that what kept her from succeeding was too many humans. There’s a real story to tell and her character could have become a good sympathetic villain. But they fumbled it in every way imaginable and then tried to bury the plot under one poor line of dialog after another.

I really don’t understand why it wasn’t obvious to the suits at WB that this should be two movies. Hello, two movies make more money than one. Win-win.

Fingers crossed that #GZvKK is more like the first two than the last.

A Godzilla Newbie Watches King of the Monsters