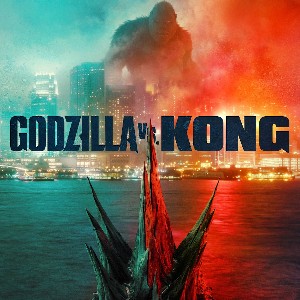 Godzilla vs King Kong looked epic in the previews and I’d say it lived up to expectation. Which is a relief because the last movie, Godzilla: King of the Monsters, was pretty awful, especially the plot and acting, and writing, and the monster fight scenes didn’t wow me like the previous two movies in the Monsterverse.


I’m relieved that this movie got back on track. I thought the first two movies, Godzilla 2014, and Kong: Skull Island were much better than expected. They were both all around good movies, plus had great kaiju fight scenes.

The fight scenes in GZvKK are worthy of the hype. The fight choreography was well planned and did a good job of telling a story within the action.

And the best actor award goes to… King Kong

I’m not sure if even the actors in this movie would watch it for the acting. It’s not that kind of movie. For the most part the acting was good enough. But it’s worth noting that if I had to pick the best actor in this movie it would be Kong. No kidding. They did a great job displaying Kong’s emotion. Likewise for Godzilla. Godzilla doesn’t have the range of expressions that Kong does, yet there’s still a few scenes where we can empathize with the big guy and his feelings.

I’m glad you took the time to read my little review, but I’d like to give you fair warning that there are some spoilers for this movie that you’d probably like to run across before you see it. So be careful reading anything until after.

Now we have to wonder: where do they go from here? Now that the hollow earth is open there’s more room to explore. One thing I noticed is that there were lots of Kong’s axes on the floor of the temple. So maybe there’s some back story there to explore in the next movie.

About The Peetimes: I have 3 good Peetimes for this movie that are nicely spaced out. The middle Peetime is the best. It’s very easy to summarize and there are no scenes of Godzilla or Kong in it.

There are no extra scenes during, or after, the end credits of Godzilla vs. Kong. (What we mean by Anything Extra.)