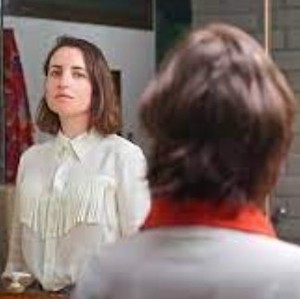 If you knew it was the last day before the world ended, how would you spend it?  That’s the question How It Ends explores.  And the answers are funny, touching, and surprising.

The movie reminded me of the first half of Seeking a Friend For the End of the World, which which deals with similar subject matter in humorous and inventive ways.  Zoe Lister-Jones (who’s so good on Life in Pieces) co-wrote and co-directed the film and plays the lead character Liza.


Liza spends the day trying to get closure with several people in her life as she makes her way to an end of the world party.  She is joined by her metaphysical younger self, played perfectly by Cailee Spaeny, with hope and vulnerability.

What I love about How It Ends

Lister-Jones and Spaeny have great chemistry together.  They easily sell the audience on what could be an otherwise confusing concept.  Their relationship is part of what makes the film.

This is such a fun, bouncy film for a movie about the apocalypse.

If you’re looking for a surprising comedy like Palm Springs to come out of this year’s Sundance Film Festival, this is it.  The script is original and combines laughs with genuine emotion.  There are a ton of surprise cameos.  I won’t ruin them for you.  The fun is in seeing who shows up where.

The party at the end is slightly anticlimactic.  Yet the movie still ends on a satisfying note.

Final thoughts on How It Ends

Every summer, I hope for a truly funny indie comedy like Little Miss Sunshine.  Past summers have brought gems like The Big Sick, Brittany Runs a Marathon, and Yesterday.  No matter what time of year this movie comes out, this is definitely my Little Miss Sunshine this year.

The movie does not have a distributor yet, but will screen at South by Southwest.