Have you seen or recently rewatched the UK six-season show Downton Abbey? Do you remember enough of it to make sense of the new film — one that doesn’t bother with any backstory exposition at all?

Here’s a cheat sheet to remind you of what you need to know to enjoy the Downton Abbey Movie (consider this a spoiler warning if you haven’t seen the series)…and here is how to watch the series online.

The Nobles of Team Upstairs:

If you really want to know the very detailed ins and outs of how Downton Abbey ended, check out this wiki.

Finally: A very detailed video refresher narrator by the beloved stars — by the beloved Carson and Mrs:Hughes/Carson: (HUGH TV show spoilers, not mild like me mine.)

Finally, here some of the most acidic Dowager Countesses Lady Violet Crawly lines (the delightful Maggie Smith) shade throughout the years — this is a hoot: 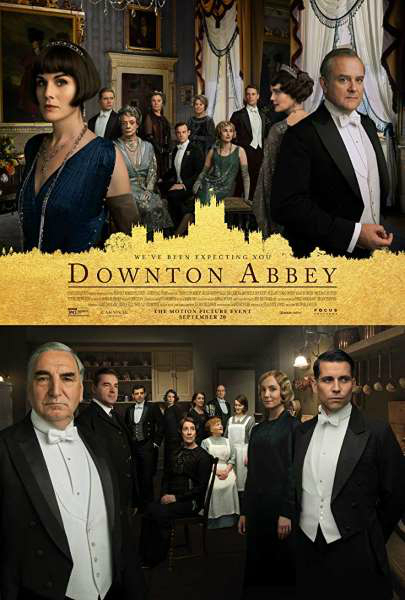 At the premier, everyone in the audience clearly enjoyed themselves. A lot. People laughed so much I could barely get Peetimes. And the entire room was so sold out that I had to sit in the very front row, on the edge.

All this is to say I need to see the film again. The sound was poor in my room, my seat was awful, and I missed a lot of what was going on — and I’m a HUGE Downton Abbey fan — one who did an entire series rewatch last month to prepare (six seasons’ worth).

So, yeah, I really didn’t get to enjoy this the way the rest of the die hard fans did. For some reason, I also didn’t get my free Downtown Abbey premier snowglobe. I was just lucky to get a seat, even though I bought my ticket hours early. Don’t underestimate Abbey fans!

From audience reaction, this was a very satisfying return to the original 2011 TV show. People laughed throughout, loudly, and applauded twice.

In between the bad seat and poor sound, and trying to find Peetimes for two hours, I didn’t enjoy this the way I’d hoped.

But in spite of this, there were many good things in the Downton Abbey movie:

I’ll be seeing this again when it’s officially released. Although I really want my snowglobe. 😉

About The Peetimes: I was at the premiere…but let me say this was one of the most difficult movies ever to get Peetimes for. The cast is HUGE and each scene cuts quickly from different subplots through the entire thing. I’m going to assume most fans want to see the fun interactions between our main characters, and less of the ‘plot’ the film is hung on. Try to use the 1st or 2nd Peetimes.

There are no extra scenes during, or after, the end credits of Downton Abbey. (What we mean by Anything Extra.)

I’m doing a 6-season rewatch of UK period drama Downtown Abbey — and Mary Mother of God — I’ve forgotten how melodramatic this show was. There are entire storylines I fast-forward past as I trudge along. (I refuse to pay any more attention the overwrought Anna/Mr. Bates storyline than I absolutely have to.)

All The Downton You Can Eat

What’s nice is you can stream all the episodes free online if you have Amazon Prime. It’s up on PBS.com too, or you can pay for viewing it on several subscription platforms. Very convenient: if you start soon you can binge the 52 episodes of Downton Abbey before the official movie/revival lands in theaters this September.

Note: it’s not called Down”town” Abbey — you must mind your Ps and Qs while watching this upstairs/downstairs show about Lord Grantham, his (entirely female) family, and the scheming servants who run the great estate. Granted, not all of them are scheming, but those are the fun ones to watch. The nicer maids and footmen fade into the ornate backgrounds, as a good servant must. 😉

What’s Worth Watching, What to Ignore

Actually, I enjoy the genteel honor esteemed butler Mr. Carson and Head of Household Mrs. Hughes wield — with some insightful, laser-like observations over their younger, fractious downstairs staff. These wiser, older holdovers from a simpler era, who love being “in the service”, are the best part of the show. As are the intrigues of the deliciously barbed tongue of the Dowager Countess (Maggie Smith), on whose bad side you do NOT want to get.

Scratch that. You don’t want to get into it with squabbling sisters Mary and Edith either. [Cat fighting screeches ensue.]

In spite of a tremendous amount of paternalist and condescending Nobless Obligue on the part of the gentry, you kind of fall into the rhythm of the lives and loves (and sometimes deaths) happening under the roof of the grand abbey. Whether you are Team Upstairs or Team Downstairs, binging Downton Abbey is like eating bon bons. You know it’s not nutritious, but you can’t stop.

You learn to ignore the character cliches in this show too, or you’ll never make it through. At least everything else associated with the Julian Fellowes opus is top shelf: settings, costuming, music, props, and film style. Weighty events like the sinking of the Titanic, World War 1 , and the Spanish Flu Epidemic are as present and real to these characters as 911 was in America. Will the women get the vote? When will inheritance laws change?

We know how things turned out, but the fun is in being there, watching these people live through such tumultuous times. Even the small touches, like Butler Carson learning to use the brand new telephone, is delightful.

The Importance of Titles in Downton Abbey

You also learn a few things about servants. Did you know the Butler is so far above every other employee in “service” that they all must stand at attention when he walks into the servants’ mess? He’s as far above them as the Lord of the Estate is above him.

It looks like this: Butler > Head of Household > Underbutler > Lord’s Valet > the Ladies’ Maids > First Footman > Second Footman > Housemaids > Skullery Maids. The Cook and Assistant Cook have their own category, as does the Chauffeur and the children’s Nanny. We don’t meet the Grooms or the “Hall Boys” (I think that’s what they’re called).

Honestly, this is all fascinating and hard to figure out. Also, some get called by their first names, some by their surnames, and it’s a badge of rank to get a last name designation.

Don’t ask me why any of this makes sense. There’s a whole weedy garden’s worth of laws for referring to the upstairs Lords and Ladies as well, depending on who you are in relationship to them. Apparently it’s a grievous offense to get it wrong. Thank goodness we have Butler Carson to let everyone know what’s appropriate.

A surprising amount of original characters are back in the sidesaddle again. And yes: from the looks of the trailer there’s a smack down between UMBRIDGE VS MCGONAGALL. (Be still my geeky harry Potter-loving heart!) 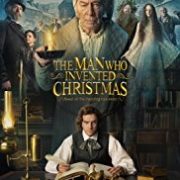 This charming little film does a nice job ushering in Christmas time at the theaters. I really don’t know how much of this movie was fact or fiction concerning the character of Charles Dickens. In the movie, one moment he’d be in a screaming rage, and the next, a funny, engaging fellow. I think in today’s terms he’d be considered bi-polar. I did enjoy the rambling conversations he’d have with the characters from his book, although it might be said that he didn’t have a firm grip on reality. Ultimately, I found The Man Who Invented Christmas heartwarming, whimsical, and just a bit humorous.

Of course Christopher Plummer made the movie, with his biting humor and sarcasm. Scrooge has been portrayed by who knows how many actors, and I’ve seen at least 10 versions of A Christmas Carol, but Plummer, hands down, is the best.

Dan Stevens owned the role of Charles Dickens. I loved him in Downton Abbey, where his charm made many female viewers tune in every week, and happily, he brought it here.

I don’t know if TMWIC will become a seasonal favorite, but for this year it has become mine.

And really, who cares if Charles Dickens had a few character flaws?