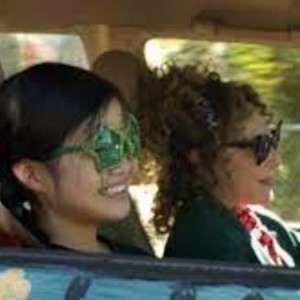 What were you like at thirteen?  This film may bring back some of the pain and frustration of your earlier years.  Yet it’s a fun, uplifting watch.  Perhaps this year’s Peanut Butter Falcon.

Miya Cech plays Sammy, a teenager living with her father and sister and coping with her mother’s death.  When she’s forced to take a career course over the summer, she ends up running into an eccentric magician (Rhea Perlman) and becoming her assistant.


What I love about Marvelous and the Black Hole

Rhea Perlman channels Ruth Gordon from Harold and Maude in the best way.  She makes a great mentor.  She’s the kind of bad influence Sammy needs.  Cech plays a believable teenager.  She’s rebellious, angsty, and funny.  The supporting cast is good too, including Perlman’s magician friends.  Jonathan Slavin who was so good in the sitcom Better Off Ted plays a magician named Puck.  The movie has great editing, and jump cuts which work to comic effect.

The film made me want to return to my childhood love of magic and learn some new tricks.

Final thoughts on Marvelous and the Black Hole

Like Ratatouile, Marvelous and the Black Hole is about creativity.  The former uses cooking as a metaphor for art; the latter uses magic.  It’s a beautiful film about the catharsis and salvation one can find through art.  It’s also a funny and moving coming-of-age film.

chevron_left Children’s Book Review – Tucker’s Countryside (A sequel to The Cricket in Times Square)
Star Trek Movies and the Bechdel Test — How do they stand up after all this time? chevron_right