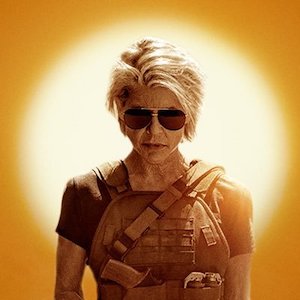 I went into this film with mixed feelings. The original landed in the mid 80s with barely a ripple. A relatively small budget film by a new director, with not a well known cast. But it took off.

The early 90s saw T2 launched with a lot of ballyhoo and fuss — and it worked! The new cinematic technology really helped drive the story — apparently James Cameron was considering using a claymation technique for the T-1000. (Can you imagine Arnie vs Wallace and Gromit?)


The current millennium’s offerings seemed to be less successful, maybe due to the absence of James Cameron. Who knows, but personally, I wasn’t sold on the third installment, and still haven’t seen the fourth and fifth ones!

Then the latest episode was announced. Cameron is writing and producing. Arnie is back. As is Linda Hamilton. (Maybe it’s because we’re a similar age, but I think she still looks stunning!).

There are some new faces to keep things fresh. Gabriel Luna is easily a match for Robert Patrick as a soulless automaton. The big problem was always going to be: does it work? James Cameron said it was the rightful third episode and the others could be ignored…so will it slot into the world created in the first two films?

The answer is a resounding “Yes!” Not only does it fit in, but it does so very smoothly. It is a matter of a few minutes worth of exposition, and you can sit back and enjoy the new story without worrying about loose ends.

And what a story it is! It rattles along at a fair old clip pretty much from the first few frames. There are slower sections where characters new and old are explored, their relationships examined, with even a few laughs, but this is undoubtedly an action movie! Fights, chases, explosions, all over the place.

In short, a well thought out and executed thrill ride.

About The Peetimes: I worked hard to avoid the amazing action scenes in any of these Peetimes. Anytime my pulse dropped below 100bpm felt like a good time to run and pee. Note from Dan Gardner (RunPee CEO) These Peetimes are from a newly christened Peep: Rob Williams, from the UK. Terminator: Dark Fate is released in the UK one week earlier than here in the USA, so Rob was able to get Peetimes for us. I’ve worked with Rob for a few weeks, training him on how we do things, but this is his first “live run.” From what I can tell he did a bang-up job. I hope you agree.

There are no extra scenes during, or after, the end credits of Terminator: Dark Fate. (What we mean by Anything Extra.)