Once More, with Ant Man. Why him, and why now? 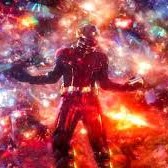 Wait. What? Where did everybody go?

With Ant Man & The Wasp now released on DVD and Blu-Ray, people are struck again with how this movie might tie in with the greater Marvel oeuvre, and wonder anew why the light-weight Ant Man 2 arrived so closely after the heavy ending of Infinity War.

— Spoilers ahead for Avengers Infinity War and Ant Man & The Wasp —

Here’s a roundup of some intriguing articles addressing Ant Man, the Quantum Realm, and some conjecture about how to undo The Snap:

Do you have any thoughts on how things could wrap up for Avengers 4, coming out next summer? At least we’ve got time to puzzle, conjecture, and, yes,  re-watch the 20 previous movies for scraps of clues. Feel free to comment below with your ideas. I promise to respond.