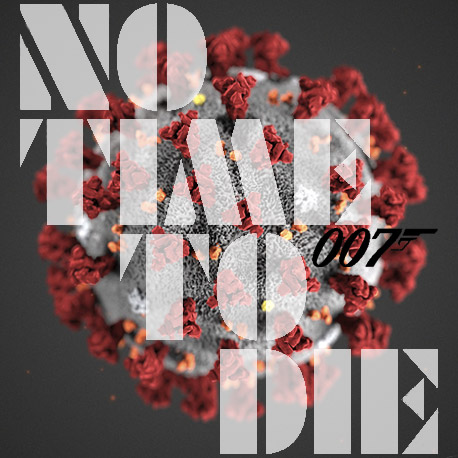 No Time to Die, the newest James Bond film, is officially postponed ’til November 25th in the US. (November 12 in the UK.)

You read that right: NOVEMBER! Originally planned for an April 2020 release, the final Daniel Craig flavored Bond feature will now air during the end-of-year blockbuster season. With fears about the CoVid Virus reaching pandemic proportions, people are just not going to the movies.

According to the Wikipedia, this isn’t even the first time the spy mega-film was postponed. No Time to Die was originally scheduled for release in November 2019. Later, the release was delayed to February 2020, and then April. Now it will arrive a full year after the original release date. Clearly, this flick is cursed.

The virus, the movies, and the world

I shouldn’t joke, though: the virus is insanely contagious. Even with the best quarantine efforts, 95,177 cases of the coronavirus are currently reported, with over 3,254 deaths. The Guardian reports: “The founders of two of the most popular fan sites – M16 Confidential and The James Bond Dossier – have written an open letter to the film’s producers, asking for it to be delayed until summer, citing public health concerns.” My guess is summer was still too soon for producers to hope the virus will be eradicated. They do want butts in seats, after all. 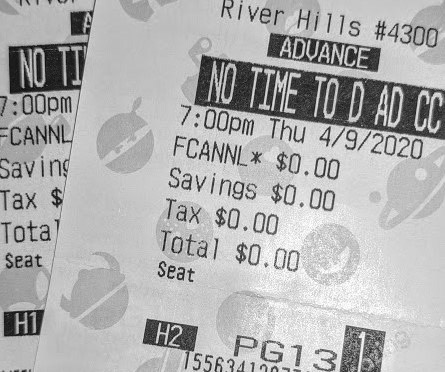 As you can imagine, RunPee is not especially happy about this development, beyond worrying about the state of the world. No Time to Die is the longest ever Bondian film — closing in on three hours — and we were excited to get the Peetimes for it. Dan even has his ticket already (see pic)…he’ll have to hold onto that for a long time. 😉

Per the The Hollywood Reporter, analysts say the entertainment industry could lose as much as $5+ billion. In China, where the virus was first reported, all movie theaters (over 70,000) are closed. This is big time serious. We’re thinking a lot more films besides Die will announce they are sitting this one out.

Time for an epic rewatch

At least there will be plenty of “time” to plan your personal James Bond rewatch. With 26 Bond movies since 1962’s Dr. No debut — and six different Bond men — you may as well get completely caught up with the world’s sexiest secret super-spy.