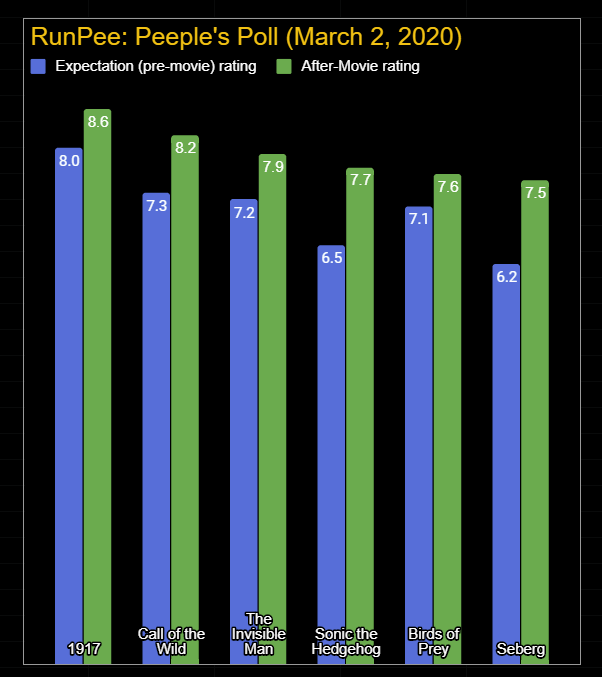 Seberg performed drastically better (7.5) than its low expectation of 6.2.

Nothing else really changed this week among the other popular movies, except that Call of the Wild improved from an 8.0 after its opening week to a 8.2 this week.

February is traditionally a lame month for movies, with the exception of the movies like DeadPool and Black Panther. There was certainly nothing like that this year, although I’m sure DC was hoping that Birds of Prey would be a surprise hit.

#March is finally here with the #blockbusters! Which week are you looking forward to the most? #Onward #MySpyMovie #AQuietPlace2 #Mulan pic.twitter.com/ytm7lrdarP