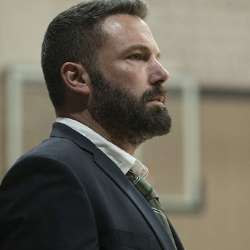 Yes. No. A little bit of both.

No, Finding the Way Back isn’t about any specific person’s life story. But yes, it reflects the truth that too many people endure, including Oscar winner Ben Affleck, playing the main character.

Finding the Way Back is the redemption story about a fictional character, Jack Cunningham. He grew up in a small town as a local high school basketball superstar, in a dysfunctional household. Jack punishes his abusive father by sabotaging his own future — and by extension his father’s dreams.


Years later, after a failed marriage and struggling with his own alcohol addiction, Jack gets an opportunity to coach high school basketball, where he once played, and struggle along a path of redemption.

So proud of this one and the incredible team behind it. Here’s your first look at #TheWayBack, a story of endurance and redemption. In theaters this March. pic.twitter.com/uqbdHhTIGh

Ben Affleck has been transparent about his own struggles with alcohol addiction over the past few decades. He was in rehab in 2001, 2017, and again in 2018. After a year of sobriety, he relapsed at a Hollywood Halloween party. Affleck told reporters, “Well, you know, it happens. It’s a slip, but I’m not going to let it derail me.” Affleck acknowledged, “Battling any addiction is a lifelong and difficult struggle. Because of that, one is never really in or out of treatment. It is a full-time commitment. I am fighting for myself and my family.”

Finding the Way Back reunites Ben Affleck and director Gavin O’Connor who worked together on 2016’s The Accountant. Gavin O’Connor also directed the TV pilot of The Americans, and is tagged to write/direct The Green Lantern reboot.

chevron_left No Time to Be Sick: James Bond Movie Postponed Until November
Bad guys can’t use an iPhone on camera chevron_right