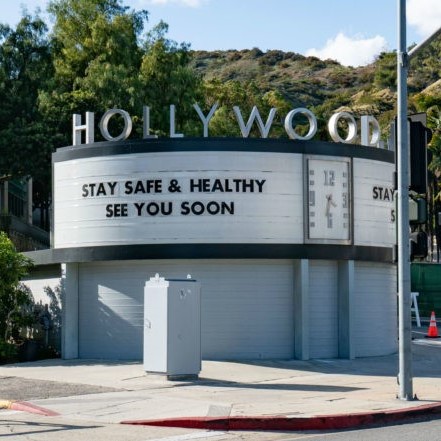 Movie lovers rejoice! The California state governor approved a move for Hollywood to resume movie production — but only with proper coronavirus prevention conditions. This new announcement covers the creation of movies, TV shows, and music.

However, if Los Angeles County proves it can’t handle making entertainment safely — without a significant rise in hospitalized Co-Vid 19 cases — production will once again cease. We hope Hollywood takes this warning seriously. We need new movies! Good entertainment will make the time of the pandemic easier to bear, and if we are careful as well, movie theaters can resume activities too. (Some theaters are actually opening, but this is a tricky time. We’ll have to see.

Awesome! Which movies will get underway?

At this early point, there’s no news on which movies and shows will resume production.


We can speculate blockbusters will jump to the head of the queue. Maybe the 5th Indiana Jones film will get back on track: I’d put that first. For one thing, YAY Harrison Ford! And for the other…um…Harrison Ford? He’s going to be too old to make effective action films if things don’t get started soon.

We can also bet that Marvel’s very full roster of MCU stories will be first in line. Personally, I think they should push up Thor 4: Love & Thunder, just because. It would be nice to have something light and fun to take our minds off the pandemic crisis.

Other exciting films we’d like to see start production include James Cameron’s Avatar oeuvre, and The Matrix 4.

A lot of movies are already in the can, and we’d love to have their releases moved to this summer, instead of playing the waiting game this Fall with the pandemic. Of course, movie going will be radically different going forward, but if we’re careful and compliant, we could actually have new movies and the theater experience again soon.

What are the guidelines? The authoritative details

Here’s the quotes from respected sites to wade through, in case you want to follow the news closely.

California governor Gavin Newsom has declared film and TV production can resume no earlier than June 12 subject to approval by public health officers.

Earlier in the year (April 16), Newsom had suggested that live music shows may not be able to be held in the US state until a coronavirus vaccine has been developed. “The prospect of mass gatherings is negligible at best until we get to herd immunity and we get to a vaccine,” the governor said at a press briefing.

The Los Angeles Times adds this:

Recommendations included using individually packaged meals instead of buffet tables, allowing live audiences only when they wear masks and remain a safe distance apart, and requiring a COVID-19 compliance officer on every set.

Among the extensive, 22-page white report for this from the The California Department of Public Health:

Music, TV and film production may resume in California, recommended no sooner than June 12, 2020 and subject to approval by county public health officers within the jurisdictions of operations following their review of local epidemiological data including cases per 100,000 population, rate of test positivity, and local preparedness to support a health care surge, vulnerable populations, contact tracing and testing.

To reduce the risk of COVID-19 transmission, productions, cast, crew and other industry workers should abide by safety protocols agreed by labor and management, which may be further enhanced by county public health officers. Back office staff and management should adhere to Office Workspace guidelines published by the California Department of Public Health and the California Department of Industrial Relations, to reduce the risk of COVID-19 transmission.

Did you manage to read all that? We hope the movie studios do. Fingers crossed!