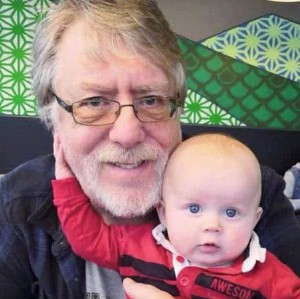 I’m fairly confident there is nobody out there with the slightest interest about how I write these reviews, but I’m going to prattle on about it regardless…

Thanks to Plague 2.0 and all our cinemas being closed, I’ve been tending to review pre-release, independent films. When I get sent the link there is usually some accompanying blurb which can include artwork for the DVD case, a mock up poster, links to the trailer, some stills, and a précis of the main feature.

Now, obviously, these are written and produced by the people who have made and are going to distribute the film, so they can be expected to have a slight bias. However, I’ll read/watch/look at everything first.


Then I’ll do the obvious thing and watch the film.

When I watch a film that I’m reviewing, I have a notepad and pen out. Even if it is one of our rewatch reviews and I’ve already seen the film a dozen times. What for? Well, a couple of reasons really. First off is the obvious one of making a note of something that I’ll refer to in the review; something I particularly liked or disliked, or something I just thought worth a mention in the review.

The other reason I have the notepad is to save me from going mad later on.

While I’m watching a film things will pop into my mind which I’ll think may be informative, interesting, or entertaining, and I’ll make a note. When I started reviewing I never made any notes and would be sitting there thinking “hmmm… interesting” or “I can work a joke around that” but then, later on, when I sat down at the keyboard I’d get the old guy’s version of writer’s block… staring at the screen, knowing there is something to write, but I’m buggered if I can remember what it was. A cheap notepad and a biro helps… a lot!

If anybody is wondering how I make notes in the dark of a cinema, the answer is that I treated myself to an iPad Pro and Apple Pencil. I turn the screen brightness right down, turn the screen sleep mode off,  and set it to white ink on black background.

Enough free advertising for Apple! Having said that, if they are feeling generous, one of the new M1 MacBook Pros wouldn’t be refused…

Where Did I See Them Before?

My next step is to find the IMDb page. I’ll have a scan through and see if there is anybody I recognise, and have a look and see if they’ve done anything in the past that I may have seen. Sometimes I’ll actually search out other things that they’ve done. My argument is that it gives me a context to place the latest piece of work into.

In reality it’s because I’m retired, in lockdown due to a global pandemic, and I’ve nothing better to do.

Then I look at the body of reviews. Not the ones written by the “professionals,” but the ones done by ordinary watchers of films. This may seem a bit like cheating and, perhaps it is, to a greater or lesser extent — but I suppose I’m only human, and do sometimes wonder if I’m on the same wavelength as the rest of the species.

Incidentally, if you check the viewer reviews to help you decide what to watch, do be aware that some distributors don’t play with a straight bat. If someone gives a film 10/10 and is full of gushing praise, take a quick look at the account of the person who wrote it. It’s surprising (No it’s not! Don’t be so naïve!) but, sometimes, they have only been created at the same time as the film was released and haven’t commented on anything else.

And now the magic begins… I sit at my keyboard with my notes and start tapping away.

There isn’t usually a target for the number of words, so I just keep going until I’ve done what I think is enough to get everything said.  Very often I’ll watch the trailer a couple more times to make sure I am not going to be giving anything away that’ll spoil your fun when you come to watch the film but, ultimately, it’s as simple as that… sort of. At least it is, until my ever so slightly Aspergerish/OCD personality takes over and I start to over research minutiae. I always type up these articles on a laptop, mainly for the convenience of being able to write anywhere in or, indeed, out of the house. If I were battering away on an old manual Smith Corona things might be different.

Usually I’ll have in mind something that I remember from ages ago, which might be appropriate or amusing; it could be a particular word, phrase, quote, song lyric, or any number of other things. Whatever it is, I’ll have a niggling little itch at the back of my brain — which means I have to look it up and check that I’ve got it right; exact phrase, correct punctuation, are there any accents, etc.

Sometimes I end up wandering down a rabbit hole which can keep me fascinated and amused but totally unproductive for hours.  For instance, I’ve just spent a few minutes checking that “down a rabbit hole” was from Alice’s Adventures In Wonderland rather than Through The Looking-Glass; I already knew the answer: you probably didn’t give it a second thought, and it made absolutely no difference to what I wrote but, well… I do feel a wee bit better for it.

So then it’s all done. I read through it looking for mistakes. I look out for any red underlines in the text, which are usually there because of language differences. Then I cut and paste into the email handler and look again. This time for blue underlines which tend to be there because Gmail’s grammar checker doesn’t appreciate my florid, whimsical writing style. And off it goes. The marvellous RunPee people (Dan and Jill) work their magic and, shortly afterwards it is published and appears, well, here, on RunPee.com.

And that’s usually when I spot the mistakes…