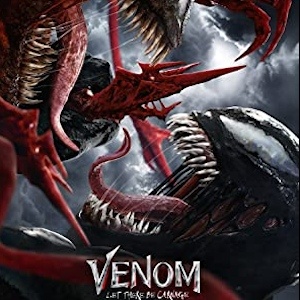 I’ve been looking forward to this movie since the first one ended. That anticipation grew by an order of magnitude when I learned Woody Harrison would be the villain in Venom: Let There Be Carnage. But recently, when I learned Venom: Carnage had a 90-minute runtime I grew concerned. I knew there would be a lot of action in the movie. That wouldn’t leave much time for character, plot building, and most importantly humor.

Turns out, the action in *Venom: Carnage* isn’t really all that great. There’s a lot of punching, throwing, stabbing, etc. But it’s all somewhat pointless because of the character’s ability to morph. Like what really hurts the character besides loud noises and fire? So all the action antics really amount to not much. Unless there’s humor added to the mix. And this movie didn’t add much. In fact, I don’t recall laughing out loud more than once.


Woody Harrison was exactly what you’d expect for his psychopathic character. The actor did a good job, but unfortunately, the story really doesn’t develop the character properly. We get a very brief cartoon backstory of Cletus’ life, but that’s not enough to forgive him for what he’s done. A good story would have given the audience just a little bit of sympathy for the character, and there was none.

This movie wasn’t bad at all. There were plenty of enjoyable scenes. It’s just that it didn’t come close to reaching its potential.

Plot (Spoilers)
Tom Hardy returns to the big screen as the lethal protector Venom, one of MARVEL’s greatest and most complex characters. Directed by Andy Serkis, the film also stars Michelle Williams, Naomie Harris and Woody Harrelson, in the role of the villain Cletus Kasady/Carnage.

Spoilers: How I would have ended it.
During the final battle scene, they used the church bell ringing to make both Venom and Carnage flip back to their human counterparts. I think what would have worked really well is Eddie and Cletus being forced to fight mano-a-mano, with no help from their symbiotes. That could be made even more intense if both men aren’t just fighting for their own lives, but for the lives of the women they love. There would have been much more drama in that, plus Venom would have gained a new respect for Eddie. There’s a lot of room there for some great action, humor, and character/relationship development. Especially if Anne sees what Eddie is willing to do to save her.

What do you think? Could it have been better?

Spoiler: What was the Venom blood all about?
Cletus gains the Klyntar abilities after biting Eddie’s hand? So all it takes to create another version Klyntar is a tiny drop of blood? Really? That seems like a pretty low bar, but maybe they can use it to their advantage in a future movie. I would love to see a life or death situation with Eddie and Anne at some point and the only way for them both to survive is for Anne to bite Eddie and become a Klyntar symbiote.

This is a short movie—less than 90 minutes, including the extras in the end credits. I have 1 Recommended Peetime—the middle one— and 2 Emergency Peetimes—1st and last.

There are extra scenes during, or after, the end credits of Venom: Let There Be Carnage. Read more. (What we mean by Anything Extra.)