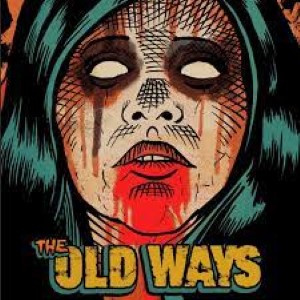 The Old Ways is a fairly standard tale. It opens with a woman screaming in pain and bathed in sweat. Is she giving birth? It’s hard to tell. Her young daughter is there and, all of a sudden, there is a scream and mum turns into a demon and grabs the young girl’s arm, marking it with her nails.

The trope is that the possessed mother has passed on the malignant spirit and also branded the new carrier for easy identification in a later act. There then follows a series of scenes showing encounters between the possessed person, the exorcist, and, of course, the demon that has to be evicted.


So why bother with The Old Ways when you could dig out your old VHS copy of The Exorcist or wait for the inevitable, extra-possessed, golden anniversary editions that’ll, doubtless, be on offer in a couple of years time?

I suppose the big difference between this version and older one I alluded to is, as they say, “location, location, location”; while The Exorcist took place in a conveniently spooky old house in Washington DC; The Old Ways takes place in a really quite shabby hut in the middle of the jungle somewhere in Mexico.

Comparison Is The Death Of Joy

Both films manage to get the viewers on the edge of their seats and both have the prerequisite jump scares. Both are well shot and acted. There might not be any “names” in The Old Ways but that doesn’t mean the performances are any less compelling or engaging.

One of the bigger differences is budget; I don’t know the budget of The Old Ways, but The Exorcist cost $12,000,000 back in 1973 — which would be the equivalent of roughly $75 million now. I’m guessing that the likes of Ellen Burstyn, Max von Sydow, and Lee J Cobb didn’t come cheap, and the effects — while they might look a bit clunky now — were cutting edge at the time.

Another thing The Exorcist had to deal with was all the uproar and kerfuffle. As I remember it, the news media was rammed, wall to wall, with stories of heart attacks, fainting, and vomiting in the audience, and that’s before the Church got involved! I don’t know why they couldn’t have used it in the same way that the US Navy got on board with Top Gun…

Originality Is Simply A Pair Of Fresh Eyes

Nowadays it takes a hell of a lot to get anywhere near to causing a fuss in the way that films like The Exorcist, Last Tango In Paris, or A Clockwork Orange did when I was a teenager.

Personally, I think that’s a good thing. It means that films like The Old Ways can concentrate on the quality of the acting, effects, script, and cinematography rather than having to keep an eye out for rogue publicity and legal problems. And this is exactly what happened; Adam Lee has shot a gorgeous looking film, Marcos Gabriel wrote a great script, and it was all pulled together by Christopher Alender in the director’s chair.

But enough of the behind-the-camera talent, how do the front-of-camera actors acquit themselves? In short…excellently!  While not actually a four-hander it is, pretty much, carried by Cristina (Brigitte Kali Canales), her cousin Miranda (Andrea Cortés), Luz the Bruja (Julia Vera), and her son Javi (Sal Lopez).

While they are all, by turns, scared and scary the high spot for me was Brigitte Kali Canales who was stunning regardless of her predicaments, bizarre makeup, or facial scarring! She was just as believable battling the demon that is heroin as she was when battling the demon Postehki!

chevron_left Is there anything extra during the end credits of The Many Saints of Newark?
Movie Review – Venom: Let There Be Carnage chevron_right