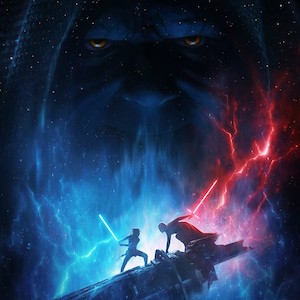 Cards on the table. I went into this film pretty sure I was going to enjoy it. I remember going to see “Star Wars: Episode IV – A New Hope” (or just “Star Wars” as it was back then!) as a student back in 1977. Here I am, retired, going to see the final episode 42 years later.

Was I disappointed? In short no! I liked it. There was adventure, there were goodbyes, there were new characters, and there were jokes. Would it have made sense without seeing the other eight films? I think so, but it’s hard to tell, as I can’t help but know what’s happened before and what is significant.


For instance, there were more jokes than I expected, and they did get laughs from the cinema audience. Now, as this is the second showing (after the midnight screening for the insomniacs and uber fans), and it was only 10 a.m., I’m guessing they were a crowd of fans — so I couldn’t tell if they were stand alone-funny or context-funny but, what the heck, we enjoyed it.

The much-touted scenes featuring Carrie Fisher were well done; much better than the Peter Cushing outing a few films ago.

Finally, it was nice to see a couple of ‘blink and you’ll miss them’ cameos by Warwick Davis as Wicket W. Warrick, and Denis Lawson as Wedge Antilles.

About The Peetimes: I would recommend the 2nd Peetime. It’s plenty long and is mostly climbing. There’s no action or character development. #MayRunPeeBeWithYou

There are no extra scenes during, or after, the end credits of Star Wars: The Rise of Skywalker. (What we mean by Anything Extra.)