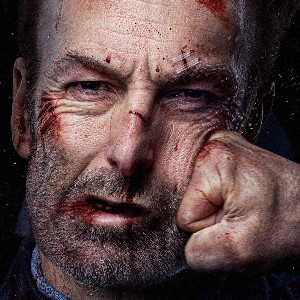 Nobody totally exceeded my expectations. I’ve been waiting for this to come out and had high hopes. Usually when I’m really looking forward to a movie, it sucks. Not last night. I had so much fun watching it doing my job was hard.

Where to begin? The music choices were spot on and added a tremendous amount of style. It immersed you into the movie on a deeper level. When I got home I had to look up the soundtrack; it’s not what I normally listen to, but I downloaded it. The movie entertained me and also enlightened me to new music styles. It’s similar to Pulp Fiction‘s soundtrack. Obscure and all over the different genres of music.

The acting was stupendous! Bob Odenkirk made the movie. His methods and presence created the perfect action movie. I have a comparison I’d like to share with you. I’ve seen a lot of action movies, especially Jason Statham flicks. I love him; he exudes strength and ability, while also being sexy as all get out, but I digress….In Nobody, Odenkirk was what appeared to be a nobody, pushover, family man. That’s a big no, come to find out.

Watching his metamorphosis into a guy that gets stuff done was very well paced and acted. We didn’t see it to begin with, which made you hope for him, and honestly feel sorry for him. To see a nobody do what he does was even more fun than watching a Statham type guy that you know is gonna kick some a$$.

I loved it and will be seeing it again this weekend so I can just sit back and enjoy it all over again. I hope you get a chance to see this one; you won’t be disappointed.

About The Peetimes: 2 Peetimes were found but both are very near super cool scenes. Try to get back quickly as the following scenes shouldn’t be missed.

There are extra scenes during, or after, the end credits of Nobody. (What we mean by Anything Extra.)

chevron_left Godzilla vs Kong — Get ready for the Monsterverse finale with these modern-era Kaiju and Kong reviews
Is there anything extra during the end credits of Nobody? chevron_right